Carmelo Anthony seemed like a realistic free-agent target for the Boston Celtics in wake of Danilo Gallinari suffering a torn ACL.

But despite initial rumors about a deal gaining “some traction,” subsequent reports have downplayed Boston’s potential interest, making it possible, if not likely, the Celtics steer clear of the 10-time NBA All-Star while finalizing their roster for the 2022-23 season.

So, why the hesitance?

For one, Anthony might not fit Ime Udoka’s switch-heavy defensive scheme, which was paramount to the Celtics’ success last season en route to the NBA Finals. And beyond that, there’s the question of whether Anthony would willingly accept the role he’d presumably assume in Boston.

All told, the juice might not be worth the squeeze.

“They like (Anthony), most teams do, but there is a fear that he could be disruptive — not him as a player, just his presence,” a Western Conference executive recently told Heavy.com. “It’s a distraction, and teams want to avoid distractions. Most teams, at least.”

One could argue the likelihood of Anthony being a “distraction” is overblown and that the pros of signing the 38-year-old (bench scoring) outweigh the cons (defensive limitations), especially with Boston losing Gallinari’s shooting touch. It still doesn’t sound like a deal is imminent, though, and Anthony ultimately might find other suitors on the open market after spending last season with the Los Angeles Lakers.

“It all adds up to it being a lot of smoke around him, but I don’t see any real fire there,” the executive reportedly said of Anthony joining the Celtics in free agency. “Even with (Gallinari) out, I think they like where they are.”

With or without Anthony, the Celtics should be among the best teams in the league this season, with a very real chance of representing the Eastern Conference in the NBA Finals for the second consecutive year. 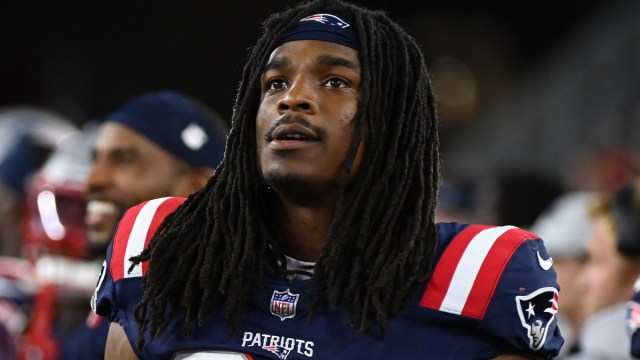