NFL Week 3 Takeaways: Should Dolphins Be Viewed As Contenders? Skip to content

The Miami Dolphins and Philadelphia Eagles are the only two NFL teams still unbeaten throughout three weeks, but there’s no question Miami has the most impressive résumé of any team in the league.

Despite a brief injury-related absence from quarterback Tua Tagovailoa, the Dolphins pulled out a 21-19 victory over their AFC East rival Buffalo Bills. The Dolphins’ defense allowed Josh Allen and company to compile 497 yards of offense, hold a 21-minute advantage (!) in time of possession and run 90 offensive plays compared to Miami’s 39. But Buffalo’s two touchdowns in four red zone trips hindered the high-powered offense. You might have already seen the frustrations of Bills offensive coordinator Ken Dorsey, and he certainly wasn’t the only one.

Sure, it’s just one week in a 17-game season. But given Miami’s opponent, and how said opponent was dismantling other teams, it’s nothing to scoff at. Especially considering the Dolphins mounted a 21-point comeback win against potential NFL MVP candidate Lamar Jackson the week prior. Miami now has three wins over AFC opponents with the New England Patriots in Week 1, Baltimore Ravens in Week 2 and Bills on Sunday. It’s an impressive start for first-year head coach Mike McDaniel and a retooled offense.

BetMGM’s John Ewing revealed after the win how the Dolphins now are 11-to-1 to win Super Bowl LVII. It indicates a massive slash in their prices given the group entered the season 40-to-1 and entered Week 3 — yes, Week 3 — 22-to-1. DraftKings Sportsbook, which now has Miami at -400 to make the playoffs, shared Tuesday morning how the latest win has prompted bettors to fire on the Dolphins to win the Lombardi Trophy at season’s end. The Dolphins represent 20% of the betting handle and 16% of the Super Bowl future tickets, again, since Sunday.

The Fins have a very manageable schedule the next two months, too. After a Week 4 clash against the Cincinnati Bengals on “‘Thursday Night Football,” Miami will face a seven-game stretch against the Jets, Vikings, Steelers, Lions, Bears, Browns and Texans. The path is there for Miami to host a playoff game, especially after its momentum-building win against the Bills.

Here are more takeaways from Week 3 in the NFL:

— The Patriots seem to be in trouble. Quarterback Mac Jones, who didn’t share anything with reporters Monday when pressed about his ankle injury, reportedly suffered a “severe” high ankle sprain against the Ravens on Sunday. Reports have indicated Jones is considering surgery and ESPN’s Adam Schefter shared Jones is likely to miss “multiple games.” Given how veteran backup Brian Hoyer fared in his latest start last season, it’s not great news for the Patriots — especially given their current standing and competition in the division.

— Cowboys defensive coordinator Dan Quinn has the Micah Parsons-led group playing lights out. The Cowboys recorded 35 pressures in a Week 3 win against the Giants on “Monday Night Football,” according to Pro Football Focus, as New York ran 67 total plays. Dallas sacked New York quarterback Daniel Jones five times with Demarcus Lawrence recording a career-best three of those. That sort of pass rush has and will continue to go a long way in complementing the offense, which has seen second-stringer Cooper Rush go 2-0 this season with Dak Prescott injured. According to FiveThirtyEight, the Cowboys’ Week 3 win improved their chances of advancing to the postseason from 38% to 58%, as shared by NFL writer Marcus Mosher.

— Of course, one massive piece standing in the way of the Cowboys’ playoff chances is the 3-0 Eagles. Philadelphia recorded nine sacks (!) against Washington Commanders signal-caller Carson Wentz in Week 3. Meanwhile, the Eagles’ offense moved a step closer to downright scary with DeVonta Smith complementing A.J. Brown on the outside. Smith went off for 169 yards on eight catches, proving he shouldn’t be overlooked after a slow start to the season. The NFC East and NFC North now are the only two divisions with three of four teams owning a .500 or better record, as we all expected.

— Speaking of that: Maybe the AFC West isn’t what we all thought it would be? Russell Wilson and the Denver Broncos have been downright miserable to watch despite their 2-1 record. Wilson has just two passing touchdowns through three games with head coach Nathaniel Hackett hindering the Broncos in the red area. Meanwhile, Josh McDaniels and the Las Vegas Raiders are one of only two teams that have yet to win a game despite the perceived talent on the roster. Oh yeah, and they’re not with the company you would like to keep as the Texans (0-2-1) actually have a better win percentage. It’s already prompted speculation that McDaniels is on the hot season.

— The Indianapolis Colts are impossible to get a read on. The Colts, after tying the Texans and getting pantsed by the Jacksonville Jaguars, handed Patrick Mahomes and the Kansas City Chiefs their first loss of the season. It probably wasn’t a welcomed development for NFL bettors or survivor league players. We’re not going to make any rash judgments on Matt Ryan’s team after just one win, but it was the type of performance we expected Indianapolis to be capable of before the season started. 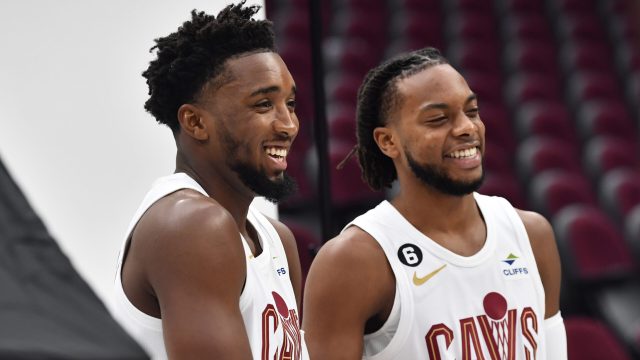 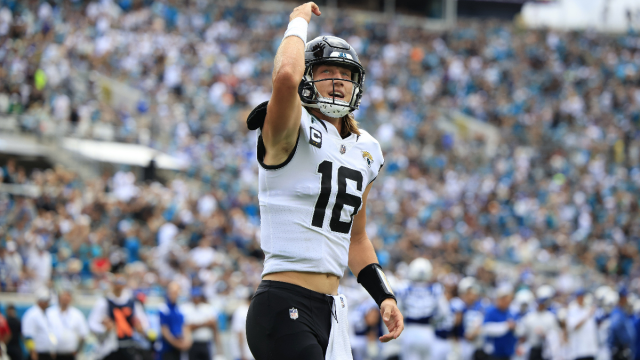