Devers was hitless not only to that point in the game, but over the course of his previous 24 at-bats as well.

But in what seemed like an instant — maybe he stepped into a phone booth out of sight in the Red Sox’s dugout — Devers’ troubles at the plate vanished and he returned to his slugging All-Star form to play a key part in Boston’s 9-8 walk-off victory over the Texas Rangers at Fenway Park.

Devers started the Red Sox’s rally from a five-run deficit in the eighth by belting a double to the deepest part of the ballpark to score Xander Bogaerts. An inning later, Devers helped set the stage for Rob Refsnyder’s heroics by bringing Boston within a run after smoking a two-run double to left field off Rangers closer Jonathan Hernández.

Devers finding his sweet swing again in those two clutch moments served as a reminder that he’s still one of the best hitters in all of baseball, and it didn’t take much to bring it back after enduring the frustrations of his prolonged slump.

“We always talk about pitch selection and use the whole field, and today was a good sign,” Red Sox manager Alex Cora told reporters, as seen on NESN’s postgame coverage. “He hit a few balls to center, going the other way. It seems like he’s feeling better. In the last at-bat, he got a good pitch to hit. Didn’t try to do too much. That’s something he needs to do. If you look at the numbers with runners in scoring position, it’s .240 or something like that, right? … It was fun to watch him locked in.”

Devers finished the game going 2-for-5 with three RBIs. He still had two strikeouts, but his final two at-bats might give him the boost of confidence needed to fully turn things around offensively.

Devers and the Red Sox will try to keep things rolling Friday as they continue their series with the Rangers. First pitch from Fenway Park is scheduled for 7:10 p.m. ET, and you can catch the game, plus 90 minutes of pregame coverage with NESN 360. 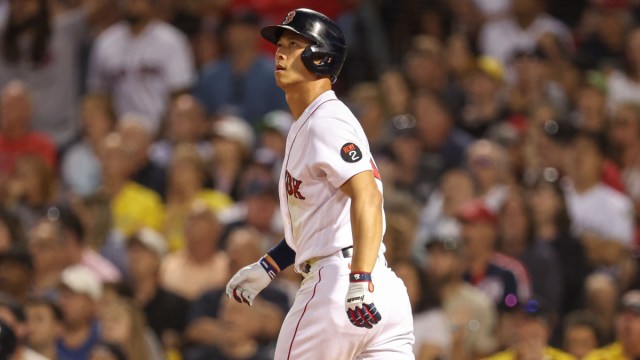 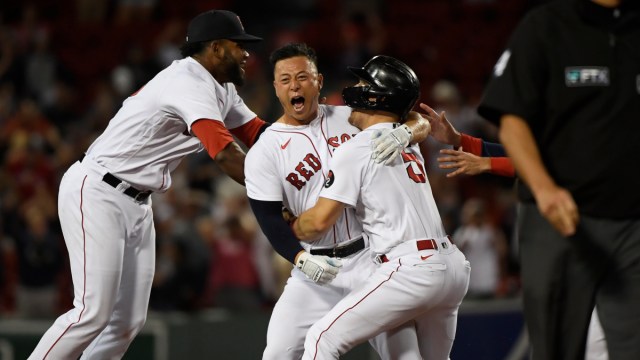