The New York Yankees defeated the rival Boston Red Sox to clinch a spot in the 2022 postseason. Despite that, all the talk is revolving around Aaron Judge’s non-home run.

Locked in a 4-4 tie in the bottom of the ninth inning, needing just one more home run to tie Roger Maris’ American League home run record, Judge had the chance to make history and walk off the Red Sox.

On a 2-2 pitch from Matt Barnes, Judge crushed a fastball 404 feet to center field, convincing the world he had just done it. Unfortunately for the hopeful viewers, he did not, with Kiké Hernández camping under it on the warning track.

The flyout came off Judge’s bat at 113 miles per hour at a 35-degree launch angle. Those numbers indicate it would have been a home run in 13-of-30 MLB stadiums. The Yankees ended up winning the ballgame anyway, but people were still focused on Judge postgame, including manager Aaron Boone.

“I thought it would’ve been pretty showy to drop it off at Monument Park out there,” Boon said, per SNY Yankees video.

Red Sox reliever Matt Barnes was less than amused by the ordeal.

“I mean, listen. With all due respect to Aaron Judge — and he’s a great person and he’s having an unbelievable season — I’m trying to get him out,” Barnes said, per Christopher Smith of MassLive. “I frankly don’t care about history. We’ve got a ballgame to win. You know what I mean? If I give up a homer, game’s over.”

— Reese McGuire’s seventh-inning home run gave Boston the lead, and improved his stats against the Yankees into an impressive group. Following Thursday’s game, McGuire is now 7-for-11 with two home runs and five RBIs against New York as a member of the Red Sox, per Red Sox stats and information’s J.P. Long.

— McGuire is the first Red Sox player to hit a go-ahead, pinch-hit homer at Yankee Stadium since Mike Stanley did so on May 23, 1997, per Long.

— Boston’s starting pitcher Michael Wacha was solid once again. His three earned run performance in six innings pitched dropped his ERA down to 2.70 on the season. That is the fourth-best mark of any Red Sox pitcher in their first 21 starts with the franchise, per Long.

— Wacha hit Yankees first baseman Anthony Rizzo on two separate occasions in this one, bringing Rizzo’s career total hit-by-pitch number to 198, per the FOX broadcast. The pitcher who hit Rizzo the most? Wacha with five.

— The Red Sox will continue their four-game set with the New York Yankees at Yankees Stadium on Friday (7:05 p.m. ET), but that game will be televised on Apple+. The Red Sox return to NESN airwaves on Saturday as they continue their series with the Yankees. First pitch is scheduled for 1:05 p.m., and you can also catch an hour of pregame coverage on NESN. 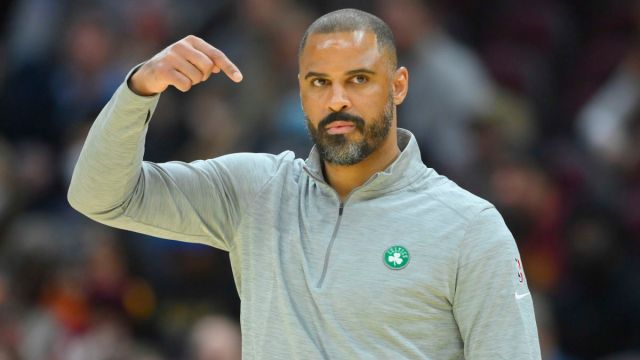 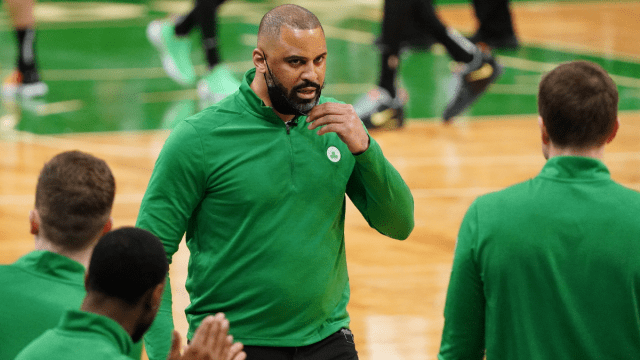