The Red Sox hope to close out the season on a high note, and they’ve done a good job winning five of their last eight games.

That includes Tuesday’s victory over the Cincinnati Reds at Great American Ball Park. The win gave starting pitcher Brayan Bello his second of his major league career. The right hander gave up one run off eight hits, and manager Alex Cora was, once again, impressed by the 23-year-old.

“Did a good job. I know those two guys got six hits out of the eight and they put pressure on him, but he made some pitches, some swings and misses,” Cora told reporters, as seen on NESN’s postgame coverage. “He’s still learning. He’s getting better.”

Bello struggled during his first few outings but has gained confidence as of late. He had five strikeouts and only walked two batters against the Reds, but Bello was caught in a bases loaded situation in the bottom of the second inning with no outs. The Red Sox No. 1 pitching prospect then struck out two batters and forced a grounder to end the inning.

Then in the bottom of the third inning, Bello gave up a home run to TJ Friedl and walked Jonathan India. Cora noted a key moment during that situation.

“Early in the season, it was about contact, getting ahead in the strike zone and all that, and now, he understands that he has to make pitches,” Cora said. “He doesn’t get ahead of himself. I think there was a great visit by Kiké (Hernández), Xander (Bogaerts) and Raffy in one of the at-bats. And we got a groundball double play right after that, and that’s what it’s all about, see what’s going on, and react to it and help your teammates. And that visit there was huge for us.”

— After the win, the Red Sox are 14-2 vs. the Reds in interleague play and have won eight straight at Great American Ball Park dating back to 2008, according to The Boston Globe’s Pete Abraham.

— Bello was the first Red Sox pitcher to not give up a home run in his first eight starts of his career since 1961, according to The Boston Globe’s Alex Speier. That streak was broken in the bottom of the third inning with a solo homer from Friedl.

“I mean, 2-0 fastball — actually, it was a two-seamer in that just stayed on the plate, and the kid (Friedl) put a good swing on it, but we’d rather have that than actually the walk,” Cora said. “Just go ahead, attack the hitter, and we’d rather be 0-2 than 2-0, too, but he’s doing a good job. He’s getting better, and I’m excited for his next one on Sunday.”

— J.D. Martinez hit his first triple of the season in the top of the second inning. It was his 21st of his 12-year career.

— The American League batting title remains a tight race. Bogaerts went 0-for-2 Tuesday with three walks, putting him at .315 on the year. Minnesota Twins first baseman Luis Arraez went 0-for-4 against the Kansas City Royals, dropping his batting average to .314. New York Yankees outfielder Aaron Judge is the new leader in the AL at .316 after his 1-for-4 night against the Pittsburgh Pirates, including his 60th home run of the season.

— The Red Sox will look to sweep the two-game series Wednesday. First pitch is scheduled at 6:40 p.m. ET, and you can catch full coverage of the game using NESN 360, along with an hour of pregame. 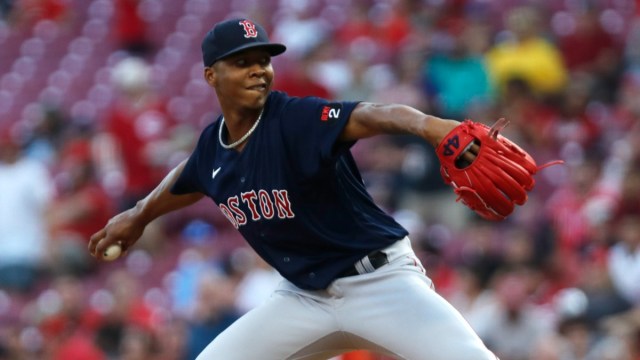 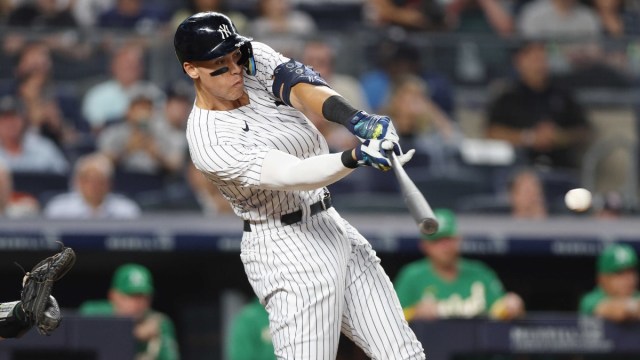