Sitting at 72-81 on the season, it’s pretty clear the Red Sox have not been able to find a winning formula.

With that record, and unable to find a way to take home wins on a consistent basis, the Red Sox have been forced to place their sights on the future. Monday night was a good example of that, with Boston deploying five rookie pitchers. The results, well, they weren’t great.

Connor Seabold, Kaleb Ort, Zack Kelly, Franklin German and Eduard Bazardo were the rookies who got a chance to pitch against Baltimore, combining for seven innings of work where they’d give up a total of 11 earned runs on 11 hits, surrendering five home runs. Red Sox manager Alex Cora spoke about the pitching performance postgame.

“Not a good one overall pitching wise,” Cora said, as seen on NESN’s postgame coverage. “Eight walks, seven walks. Lots of deep counts. (The Orioles) hit the ball in the air, they hit homers. We did a good job offensively today, but I think overall, pitching wise, we’ve got to be more aggressive in the zone. That’s something we haven’t done in a while, and with a team like that… they don’t walk much and they ended up walking a lot today.”

— For the second-consecutive night, the Red Sox found themselves in a rain delay. This one lasted one hour and 40 minutes, two minutes longer than the rain delay that ended Sunday’s loss to the New York Yankees.

— Anthony Santander has been a Red Sox killer in 2022. His pair of home runs on Sunday bring his season total to five against Boston and give him 20 RBIs on the season against the Red Sox with a .298 batting average.

— The Red Sox deployed five rookie pitchers against Baltimore in a game full of youth. Those rookies would combine to allow 10 earned runs on 11 hits. The Orioles got the Red Sox rookies for five home runs.

— With a 1-for-5 night from the plate, Xander Bogaerts (.313) fell into second place in the American League batting race behind Yankees slugger Aaron Judge (.314).

— The Red Sox will continue the four-game set with Baltimore on Tuesday. First pitch from Fenway Park is scheduled for 7:10 p.m. ET and you can catch all the action, including an hour of pregame coverage, on NESN. 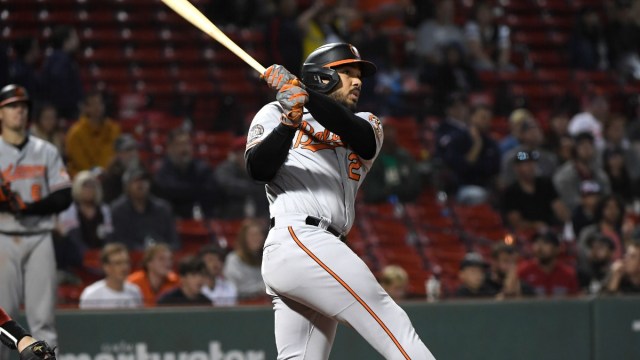 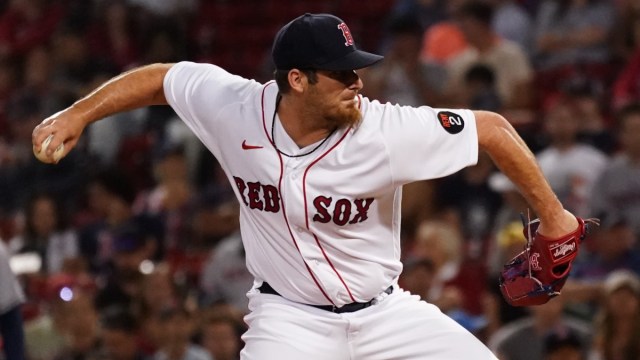