So Much For Shanahan? Stats Paint Vanilla Picture Of Patriots Offense Skip to content

For all the talk about the Patriots implementing a Shanahan/McVay-like offensive scheme, New England through two weeks this season has run a bland offense without much motion.

The Patriots did show elements of Kyle Shanahan’s scheme during training camp. They ran play-action, jet sweeps and a ton of outside-zone runs. They also ran naked bootlegs and motioned players in the backfield before and at the snap.

The results weren’t pretty. New England was anemic on offense for much of the summer and its most important player, quarterback Mac Jones, seemingly regressed.

The struggles apparently convinced the Patriots to dial things back, play things safe and run a vanilla offense early in the season. That much was apparent in Week 1, when New England featured a bunch of 12 personnel and ran almost no play-action against the Miami Dolphins. It again was the case in Sunday’s 17-14 win over the Steelers in Pittsburgh. You probably can count on one hand the number of times the Patriots have called outside-zone running plays.

The point is further underscored by a pair of stats shared Monday by Seth Walder of ESPN.

But the more interesting stat pertains to motion-at-snap plays — like putting Deebo Samuel in jet motion and watching him follow zone blockers for 30 yards. The Dolphins probably will run similar plays with Tyreek Hill this season.

(You can click here for an interesting breakdown of pre- and at-snap motion in football, and how offenses use motion to gain advantages.)

The Patriots currently rank dead last in motion-at-snap rates, per Walder. The Dolphins are first, the Niners are seventh, Sean McVay’s Los Angeles Rams are eighth and the Minnesota Vikings, led by former Rams offensive coordinator Kevin O’Connell, are 13th.

These numbers easily could change once the Patriots gain confidence with some of the things they worked on over the summer. Regardless of whether New England still wants to run a Shanahan-like scheme this season, it must use more motion in the weeks ahead. Motion on offense can help teams deceive opposing defenses, put blockers in better positions and allow skill players to utilize their speed and athleticism in open space.

Without it, teams essentially are trusting their players to win on talent alone, and the Patriots don’t have much high-end talent on offense.

We’ll see if these trends change this Sunday when New England hosts the Baltimore Ravens. 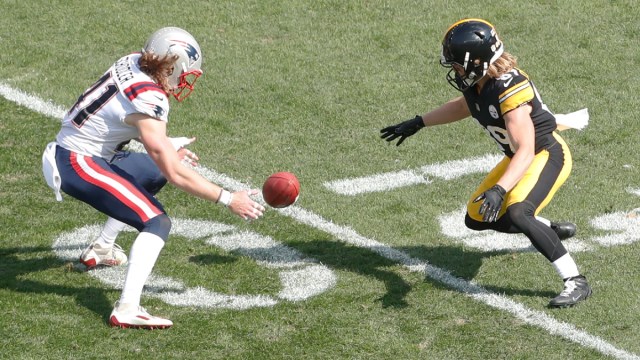 Steelers Made This Egregious Error On Muffed Punt Vs. Patriots 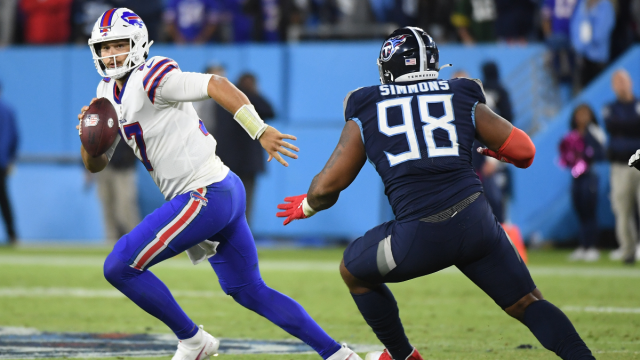