FOXBORO, Mass. — The Pittsburgh Steelers have changed a great deal since they last faced the New England Patriots way back in the 2019 season opener.

Their quarterback (Mitch Trubisky) is new. Their leading rusher (Najee Harris) is new. Two of their top three receivers (Chase Claypool and George Pickens) are new, as is their No. 1 tight end (Pat Freiermuth). Over on defense, just three of the players who started that 2019 matchup (Cameron Heyward, Devin Bush and Terrell Edmunds) are expected to suit up when the Patriots visit Acrisure Stadium this Sunday. (Oh yeah, their stadium has a new name, too.)

Flores was a Patriots assistant for 11 seasons, New England’s defensive play-caller in 2018 and the Miami Dolphins’ head coach from 2019 through 2021. His surprise firing in January triggered a class-action discrimination lawsuit against the NFL, the Dolphins and multiple other teams that still is ongoing. After Flores filed his suit, Tomlin offered him a job as a senior defensive assistant/linebackers coach in Pittsburgh, and he accepted.

One game in, the Patriots already are seeing Flores’ fingerprints on the Steelers’ defense, which smothered Joe Burrow and the defending AFC champion Cincinnati Bengals in Week 1.

Teryl Austin is Pittsburgh’s defensive coordinator. But Matt Patricia — the Patriots’ DC before Flores — said he “definitely” notices Flores’ influence when watching the 2022 Steelers on film.

“There were some scheme things in there, certainly, where they brought some edge pressure from some secondary players and different linebacker pressures that they can bring from some of their defensive units that they have that are certainly things that we’ve seen before, or some packages that maybe we recognize from previous games,” Patricia, now New England’s offensive play-caller and O-line coach, said earlier this week.

“So I think B-Flo is doing a great job of kind of blending into that defensive unit. Obviously, Teryl Austin does a great job coordinating that, but there’s definitely some influence (from Flores) there, too, which is part of every single year as coaches grow and schemes grow.”

Wide receiver Jakobi Meyers, who never overlapped with Flores but played against his Dolphins teams for three seasons, said he expects to see some Flores-inspired wrinkles when the Patriots and Steelers square off this weekend. Pittsburgh traditionally has been a zone-coverage team, but Flores’ defenses in Miami and New England heavily relied on man coverage paired with creative, disguised pressure packages.

“With him being on that sideline, it’s definitely expected a little bit,” Meyers said Wednesday.

The Steelers’ defense overwhelmed the Bengals last Sunday, sacking Burrow seven times and forcing five turnovers, including a pick-six on Cincinnati’s second play from scrimmage, in a 23-20 overtime win. Pressuring the quarterback rarely has been a problem for Pittsburgh, which ranked second in the NFL in sack rate last season and first in 2020, but it will be without superstar edge rusher T.J. Watt against New England after the reigning NFL Defensive Player of the Year tore his pec late in that dramatic season-opening victory.

“I think they played extremely fast,” Patricia said. “I think they played aggressive. They were able to generate really good pass rush up front. I thought they pushed the middle of the pocket extremely well. They have some really good players inside, obviously edge players that can get around the edge, too, and I think their coverage guys, they just read the quarterback really well. ? I didn’t feel like Burrow could really hold the ball that long. I felt like there was a lot of pressure on him right (away).”

Mitch Trubisky also said Flores’ insight has been a “huge” benefit as the Steelers quarterback prepares for his first start against the Patriots since 2018.

“I think him being there gives us a good insight on kind of what they may be talking about and how they may be game planning for us,” Trubisky told reporters, via ProFootballTalk. “If we keep those things in mind and have a good work week, I think it can be a good advantage for us.”

The Patriots went 2-4 against Flores’ Dolphins and managed just seven offensive points in their Week 1 loss to Miami, which retained coordinator Josh Boyer and several other defensive assistants after Flores’ firing. Their O-line allowed two unblocked sacks — including a strip sack that was returned for a touchdown — and a vicious high-low quarterback hit that left Mac Jones with a back injury. They also turned the ball over three times.

Meyers isn’t expecting much deception from Pittsburgh’s pass rushers but knows blocking them will be a tall task, even with Watt sidelined. Six of the Steelers’ seven sacks against Burrow came from players other than the defending DPOY.

“I wouldn’t say they hide it,” Meyers said. “They do what they do, and ultimately, it’s up to you to stop them. I kind of respect them. Can you stop it knowing it’s coming? We’ve just got to prepare for it and man up and block it.” 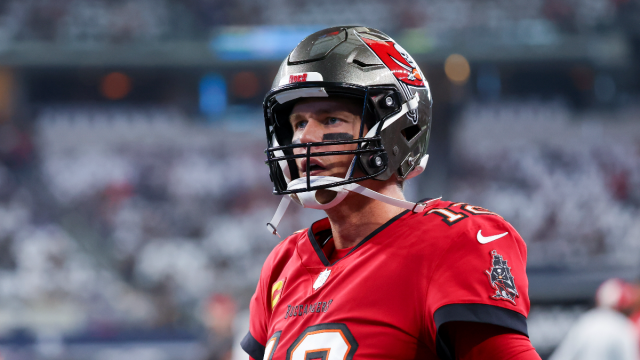 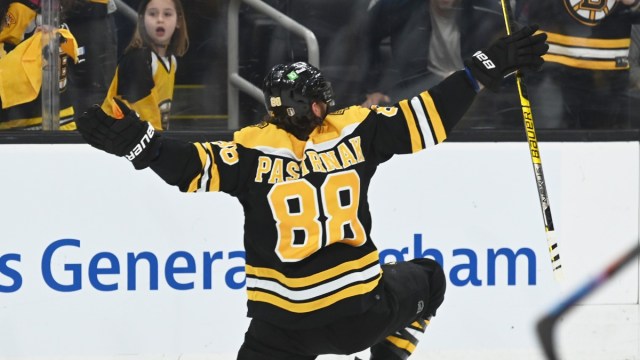