This marks the 12th consecutive season as co-captains for McCourty and the sixth straight for Andrews. Bentley returns to captaincy after a one-year gap. The starting inside linebacker was one of New England’s captains in 2020 during Dont’a Hightower’s COVID-19 opt-out.

Jones and Wise are first-time captains. The former is entering his second season as the Patriots’ starting QB, while the latter has been with the team since New England drafted him in the fourth round in 2017.

Veteran outside linebacker Matthew Judon said Patriots players voted for Jones and Wise as captains because of “the things they do off the field.”

“You don’t have to talk about the things they do on the field,” Judon said before Wednesday’s practice. “The things they do off the field — I think Deatrich is the first person in every day, Mac probably the second. And then just how they are in the rooms, our meeting rooms, and just the knowledge and jewels they drop. I think they’re going to do a great job as leaders for us and especially spokesmen for the locker room.”

Jones has said taking on a more active leadership role was among his primary Year 2 goals, and teammates have praised the 24-year-old’s improvement in that area.

Jones called Wednesday’s honor “really cool” but said he still has “a lot of work to do.”

“I want to become an even better leader,” he said.

As for Bentley’s reemergence as a strong voice in the Patriots’ locker room, Judon last month called the fourth-year pro “our leader” when discussing New England’s linebacking corps.

“We’re all rallying behind him,” Judon said.

The only members of New England’s 2021 captain group who won’t serve in that capacity again this season are Hightower (free agent) and running back James White (retired), both of whom no longer are with the organization.

The Patriots are practicing at Palm Beach Atlantic University this week to prepare for Sunday’s regular-season opener against the Miami Dolphins at Hard Rock Stadium. 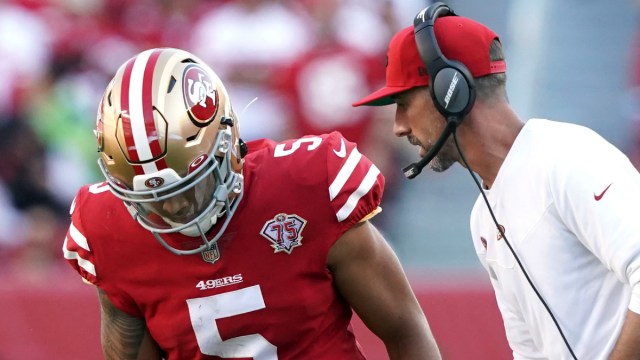 NFL Odds: One Bet For Every NFC Team In 2022 Season