SmackDown will be hearing a new voice on the commentary table for at least until the college football season is over.

Former NFL punter and podcast host Pat McAfee will be putting his WWE commentator role “on hold” as he takes a job with ESPN for “College GameDay.” The decision was put into detail on the “Pat McAfee Show” on Wednesday, and WWE Chief Content Officer Paul “Triple H” Levesque tweeted his support.

“(Pat McAfee) approached us about his amazing opportunity with ‘College GameDay,’ ” Levesque wrote Wednesday. “We’d never stand in Pat?s way, as he continues to architect his exceptional career. Pat will remain a member of the (WWE) Universe, and we look forward to his return.”

McAfee replied to the tweet and wrote, “I APPRECIATE YOU BOSS. … Thank you for everything. I’m lucky to be a member of the WWE Universe. I can’t wait to get back.”

Based off the public comments, it appears McAfee will seamlessly return to his WWE role once he is done with “College GameDay,” but who will fill in beside play-by-play commentator Michael Cole in the meantime? Here are three possible candidates:

If WWE wants to continue the feud between McAfee and Happy Corbin, who were roommates during Indianapolis Colts training camp in 2009, then the addition of JBL to the commentary desk would be the way to do it. On the Sept. 4 episode of SmackDown, a dejected Corbin was picked up in JBL’s iconic limo. What the partnership looks like between Corbin and the WWE Hall of Famer remains to be seen, but Corbin could introduce JBL to the commentary desk in a heel manner by trash talking McAfee for leaving WWE. JBL can drop some digs on McAfee from time-to-time, and Cole, who has been established during the McAfee-Corbin feud as a strong supporter of his announcer partner since April 2021, can defend McAfee, until his return.

McAfee replaced his fellow Pittsburgh native on commentary when he took over the role, and it pushed Corey Graves back to Raw. The role of dual-commentator on both Raw and SmackDown is one Graves is familiar with, and WWE could go back to having the 38-year-old calling both shows. It would ultimately be on whether or not it’s something Graves would want to do again. Raw and SmackDown generally travel to the same area but not always, so the travel could be a big hindrance for Graves, but he is one of WWE’s most popular commentators so having him on both shows would not be a detriment.

This choice is fairly outside of the box. With Levesque at the helm of WWE creative, there is acknowledgement of NXT’s existence. Main roster stars have appeared on the show, including their pay-per-view “Worlds Collide” on Sunday. Solo Sikoa has been called up to join his family members, Roman Reigns and The Usos. So why not bring in Wade Barrett to help hype up NXT 2.0, where he also serves as a color commentator. It would be a good move to add more synergy between WWE’s weekly shows, especially with Survivor Series coming up in November. 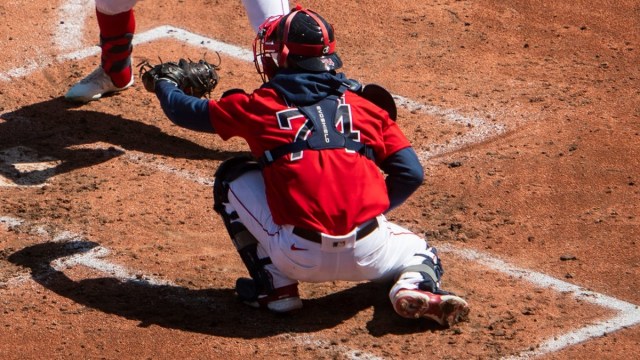