Bill Belichick had nothing new to share about Mac Jones’ back injury after the New England Patriots returned from their season-opening loss in Miami.

“No update on Mac,” Belichick said in a virtual news conference Monday morning. “We’ll see how he is today. But he came back with us, so we’ll see how that goes.”

Jones suffered the injury during the Patriots’ 20-7 loss to the Dolphins at Hard Rock Stadium. Postgame X-rays on his back were negative, according to a report from NFL Media’s Tom Pelissero, and he was set to be “evaluated further” on Monday.

Belichick is waiting for that evaluation to take place before offering any updates on the health of his starting quarterback. That should come as no surprise to Patriots fans, as Belichick always has been tight-lipped about player injuries.

The head coach did give an in-depth explanation for why he takes that approach.

“Like I said, we’ll take a look (on Monday),” Belichick said. “It has nothing to do with Mac, but just in general, where players are immediately after the game and where they are let’s call it 18 hours after the game is often quite different. I know everybody’s hungry for an up-to-the-second update, but honestly, the best way to handle these situations is always to give a little time, see what happens, run whatever tests or analysis need to be run and then go from there.

“I’m sure there will be a couple examples — maybe a broken bone or something that shows up on an X-ray right away; that’s a little bit different — but other injuries or potential injuries are evaluated much more thoroughly on the day after when there’s just a lot more information.”

It remains unclear exactly when Jones sustained his injury, but he took heavy hits on back-to-back plays early in the fourth quarter, the first of which drew a flag for roughing the passer. Jones played the rest of the game and was not hit on the Patriots’ final two possessions.

Asked if the coaching staff was aware during the game that Jones had been injured, Belichick replied: “We’re aware of anything that’s reported.”

Jones, who has not missed a game in his young NFL career, is scheduled to speak with reporters Monday afternoon after not doing so postgame. Veteran Brian Hoyer and fourth-round rookie Bailey Zappe are the Patriots’ backup options if Jones’ injury keeps him out of this Sunday’s Week 2 matchup against the Pittsburgh Steelers. 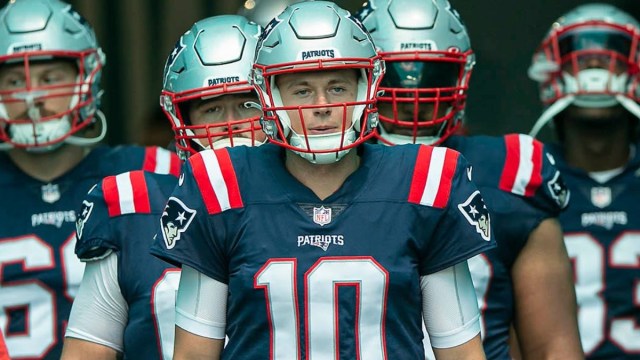 Heat, Play-Calling Had Nothing To Do With Sloppy Patriots Loss 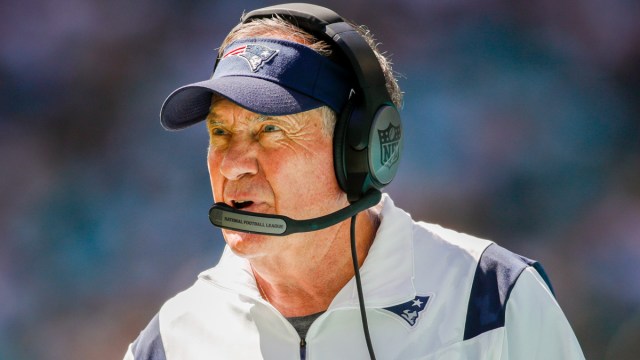