PITTSBURGH — If it feels like Jakobi Meyers plays hard and has a good game every week, it’s because he does.

The Patriots receiver was excellent Sunday afternoon, catching nine passes on 13 targets for 95 yards in a 17-14 win over the Pittsburgh Steelers. The performance offered further proof that, while Meyers might not be the most gifted or explosive receiver on New England’s roster, he clearly is the most reliable weapon in the Patriots’ passing game.

That much was true last season when Meyers led the Patriots in receptions and yards. And it was true this summer, when he was Mac Jones’ top target throughout training camp.

And it remains true this season despite the ongoing struggles of New England’s offense. After Sunday’s much-needed win, Nelson Agholor, who turned in his finest game as a Patriot, marveled at Meyers’ remarkable, quiet consistency.

“I would say I’ve played with a lot of tough players, but I have so much respect for tough he is and how consistent he is as a player. He’s a guy that I’m very honored to play next to even at his young age because his leadership is a silent leadership. He doesn’t have to talk, he just leads by example.”

Meyers’ toughness was on full display at Acrisure Stadium. Still bothered by a knee injury he suffered during the preseason, Meyers delivered important catch after important catch — including four on third downs — while taking big hits from Pittsburgh’s physical defenders. He exited late in the fourth quarter after appearing to aggravate the ailment but was upbeat in the locker room while sporting a large ice pack on his left knee.

For Meyers, it’s the catches he didn’t make that will stick with him.

“Plays that I left out there that I want to make, that I know I can make,” Meyers said when asked for the top takeaway from his performance. “So, I kind of gotta learn from those and just get better for next game so they know I can make those plays.”

As for being a leader, Meyers isn’t overly vocal. Instead, he wants to let his actions do the talking.

“It’s not something I come in every day and say, ‘I want to lead,'” Meyers said. “But I come in and try to be the same guy every day. So, hopefully, guys see me doing what I do … and kind of set a standard.

“That’s just somebody I want to be: consistent and humble at the same time.” 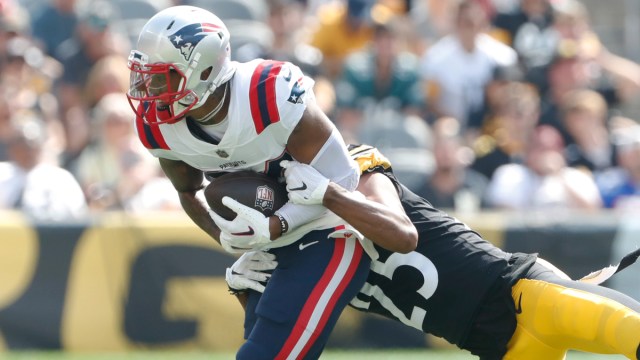 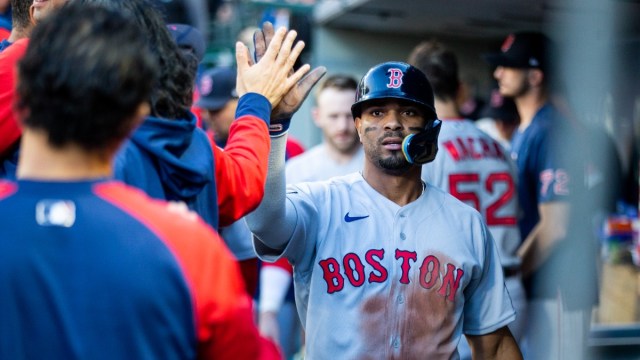