WWE will hold their final stadium show of the year Saturday in the United Kingdom, and they’ve chosen their top European star to headline the show.

Scottish wrestler Drew McIntyre will challenge Roman Reigns for the Undisputed Universal Championship at Principality Stadium in Cardiff, Wales for Clash at the Castle. The event marks the first stadium show in the UK since SummerSlam in 1992 and the first UK pay-per-view since Insurrextion in 2003.

Unlike Money in the Bank, which moved from Allegiant Stadium to the smaller MGM Grand Garden Arena, and SummerSlam, Clash at the Castle sold well early and will have at least 62,000 paid fans in attendance, according to WrestleTix. It shows a high demand for WWE in the UK market, but the event offers a lackluster card, at least compared to AEW All Out, which will be held on the same weekend and feature CM Punk against Jon Moxley in the main event for the AEW World Championship.

The “Triple H” era of WWE has brought fans familiar faces, especially wrestlers from the “Black and Gold” era of NXT, and it wouldn’t be surprising if another big return or debut happens at Clash at the Castle. With the closure of NXT UK and the eventual plans for NXT Europe, there will likely be more efforts to spotlight European stars, in some way, on the show.

As for the show itself, let’s dive into the six-match card with predictions for each match.

Edge and Rey Mysterio vs. The Judgement Day (Finn Bálor and Damian Priest)

Rey Mysterio continues his feud with The Judgement Day, and he’ll have former founder and leader, Edge, by his side, along with his son Dominik Mysterio in their corner. Edge made his return at SummerSlam to confront his former faction, and he has, predictably, cut his very self-indulgent promos. Edge’s nostalgia run just hasn’t done it for me. The 48-year-old former world champion takes himself too seriously for my liking and hasn’t done a lot to boost up this feud. His match against Damian Priest on Aug. 22 was a solid television main event match, but there isn’t much else of interest in this feud.

Beth Phoenix, who is married to Edge, did get involved on that Raw show, which signals a continuation of the feud. It would make sense due to Rhea Ripley looking like the biggest star out of this feud and giving a push to the 26-year-old from NXT Women’s Champion should be the direction WWE goes in. Whether she goes one-on-one against Phoenix would depend on if she is able to compete in a singles match. A six-person tag match would be guaranteed, and perhaps WWE finds someone else to join The Judgement Day to make it an eight-person tag. I could see Judgement Day winning and continuing their beatdown just to have Phoenix run in and help out her husband and the Mysterios.

In the spirit of a big event in Wales, WWE have booked an Austrian wrestler against an Irish wrestler. In a seriousness, this should be a solid match. Gunther is a great worker, and Sheamus is underrated as an in-ring wrestler in his own right. However, Gunther should retain here, and this could open the door for Sheamus’ fellow Brawling Brutes member Butch to challenge for the belt. The two could reprise their 2019 NXT UK title match, back when they were Walter and Pete Dunne, respectively. And in the spirit of pushing young stars, Butch, 28, would do well as Intercontinental Champion, especially as WWE tries to restore respectability to the belt.

That’s right, in the “Triple H” era, wrestlers are getting their first names back. That means you can Google the allegations of people like Matt Riddle that WWE tried to cover up. Yes, Samantha Tavel dropped her lawsuit against Riddle on July 13, 2021, but it hasn’t made watching him on television any more thrilling. Some fans are able to separate Matt Riddle, the person, from Matt Riddle, WWE wrestler. Where you stand on the “separate the art from the artist” type of debates is up to you, but it hasn’t made the build-up to this feud any more entertaining. Seth Rollins is on a hot run with his character and should win and move on to the world title scene, but WWE, even Paul Levesque, seems to like Riddle, so this could go either way.

So instead of this being a one-on-one match between Raw Women’s Champion Bianca Belair against Bayley, this is a six-woman tag. It might hint at where Bayley is in her recovery from her ACL injury she suffered in July 2021. What’s probably more baffling is why Dakota Kai and Iyo Sky aren’t the women’s tag team champions. A messy finish prevented the new duo from gaining gold, but they’re on the pay-per-view and not Aliyah and Raquel Rodriguez, who won the belts on Raw on Monday. WWE should be smart and give Bayley’s new group a win to help solidify their standing on top of the women’s division, but Monday’s finish casts some slight doubt.

This matchup has a similar feeling to when a sports team hires a new coach and general manager. The incumbent players on the team aren’t too sure about their status, and the new regime favors their players. This is not to say Liv Morgan is a pure “Vince McMahon” wrestler. Levesque probably sees Morgan favorably, but he sure seemingly loves Shayna Baszler, who was booked very strong during her tenure in NXT, which Levesque ran. Though, WWE have teased a Ronda Rousey rematch with Morgan, with Rousey making small appearances to wanting revenge for her fluky loss at SummerSlam.

Since her win at SummerSlam, WWE have not done much to elevate or show they want to elevate Morgan’s character. Her biggest moment was cashing in her Money in the Bank briefcase, and there doesn’t seem to be motivation to give her character development after that moment. This could be another fluky finish where Morgan retains — Rousey could interfere and set up a three-way, which eventually could lead to a Rousey versus Baszler match.

WWE have put a lot of focus on Roman Reigns holding the Universal Championship for over two years. It signals it’s something they don’t want to end anytime soon, but the main event scene has felt very stale, and it doesn’t help Reigns is barely on any of the weekly shows. Granted, yes, Reigns has earned the right to be at home and spend time with his family. It’s more on WWE not booking compelling challengers and not giving them something interesting to do when Reigns is not on the show.

McIntyre has battled The Usos and honorary “Uce” Sami Zayn, but it hasn’t added too much to the feud. The trio are likely to play some role in the match, especially since The Usos aren’t defending the tag belts at Clash at the Castle. Whether Reigns should lose Saturday has been a topic of conversation for WWE fans. McIntyre wouldn’t be a bad champion, but what value is there for Reigns to lose the title if he’s just going to win it back? Again, issues regarding WWE’s main event scene are more on the creative team rather than Reigns, so it’ll be up to Levesque to be more creative and invigorate WWE’s main event scene with something fresh and new. 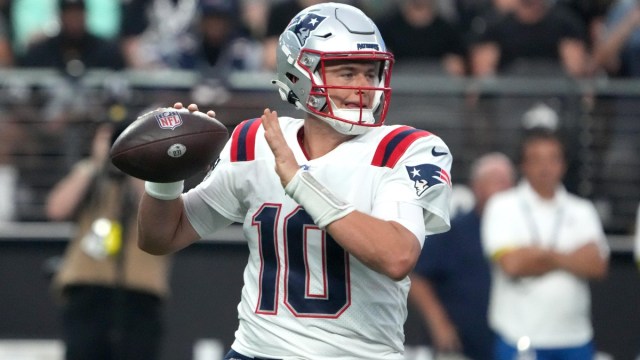 Six Reasons To Be Optimistic About Much-Maligned Patriots Offense 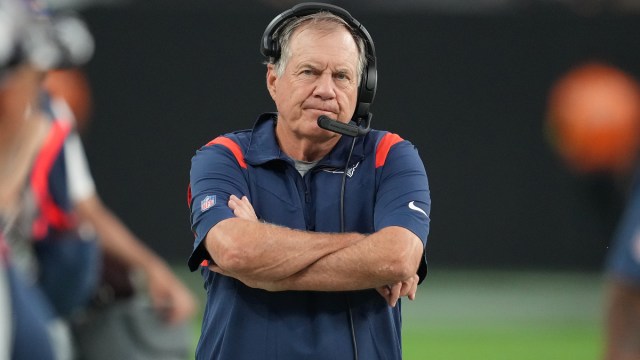 Closer To Jags Than Bills? Where Patriots Rank In NFL Exec Rankings