Game 162 held special meaning to those in Red Sox Nation.

Not only did Boston’s 6-3 victory over the Tampa Bay Rays mark the end to a disappointing campaign, but it marked what could be the end to some illustrious Red Sox careers. Off the field, Dennis Eckersley wrapped up a Hall of Fame career in the booth for NESN. On the field, J.D. Martinez put together a throwback performance by hitting two home runs before becoming a free agent for the first time since joining the Red Sox prior to the 2018 season.

Taking a moment to reflect, manager Alex Cora, and Martinez himself, looked back at what was a tremendous five-season stretch.

“The cool thing about J.D. is he was working as hard as the first day of the 2018 season — the same thing today,” Cora said, as seen on NESN’s postgame coverage. “He’s been a horse. ‘Un caballo’ as we call it in Latin America. Since day one, he showed up and decided to change the culture in a sense. The way we go about it offensively, he changed things in 2018. As soon as we signed him, I knew the organization took the next step. I think he earned every penny of that contract. He was always here, he worked so hard at his craft. I’m glad he had a great day today. We’ll see what the future holds.”

Cora pinch hit for Martinez in the eighth inning, allowing the five-time All-Star a moment to soak up the Fenway faithful, perhaps, one last time. Speaking with NESN’s Jahmai Webster, Martinez took a moment to acknowledge the moment.

“I’ve never had a moment like that. When I look back at my career, I spent more time here than I have anywhere else,” Martinez said. “This place, I have a lot of amazing memories. It’s very special, very big in my heart. This is where it everything came together for me, here in Boston.”

Thing certainly came together for Martinez in Boston. The 35-year-old helped lead Boston to a World Series title in 2018, was an All-Star in four of his five seasons as a member of the Red Sox, belting 130 home runs and knocked in 419 RBIs.

Martinez’s two home runs supplied enough for Boston to overpower Tampa Bay on their way to a series sweep to end the season. Now, the Red Sox and Martinez will set their sights on the offseason after a tremendous five-year run. 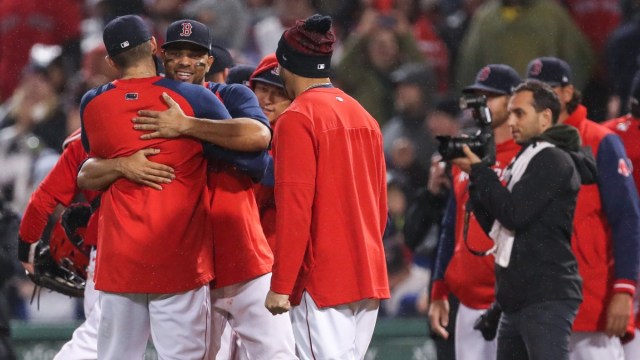 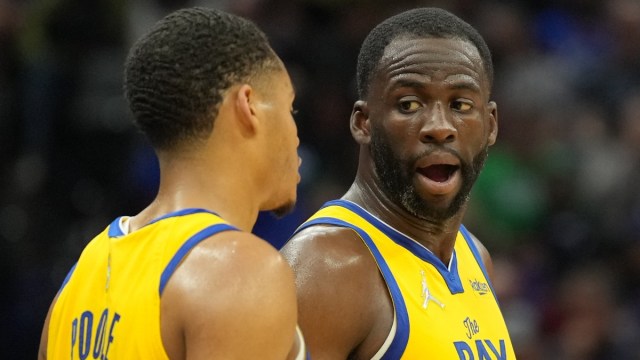