With the chemistry they showed on the ice Wednesday night in a 5-4 win over the New York Rangers at Madison Square Garden, it looked like the line of David Pastrnak and Pavel Zacha, centered by David Krejci, had been playing together for years.

But it actually was the first time the trio from the Czech Republic had shared the ice together during a game this preseason, and they looked like a well-oiled machine.

While Pastrnak and Krejci had already formed a bond from their time together already on the Bruins, they integrated their fellow countryman in Zacha seamlessly to put together a masterful performance. Pastrnak, who made his preseason debut, and Zacha both recorded a goal and two assists while Krejci added a goal and an assist as the line was on the ice for four out of Boston’s five goals on the night.

While Pastrnak showed off his wicked, one-time shot and Zacha displayed his ability to finish on a breakaway, Krejci, who returned to the Bruins after a year playing in the Czech Republic last year, just might be the linchpin to the all-Czech line with his stellar offensive awareness fueling his teammates.

“It’s early, but he still has it. We see it,” Pastrnak said following the win on the TNT broadcast. “He sees everything on the ice and he still has it. Even though the game’s getting faster for (Krejci), it still seems pretty slow for him there. He’s unbelievable. It’s fun to play with him.”

Pastrnak was impressed as well by Zacha, who the Bruins acquired this offseason in a deal for Erik Haula. The 6-foot-4, 199-pound Zacha flashed his playmaking skills and looked to be a strong complement next to Pastrnak and Krejci.

“I know he’s Czech, but he’s been overseas a long time, so haven’t seen him much,” Pastrnak said of Zacha. “I’m really surprised of his speed for his body. He’s really fast. … We all know about his skill and shot. That wasn’t a surprise for me.”

— Mike Reilly spoke recently about being reinvigorated entering this season and it’s showing on the ice. The left-shot defenseman provided the decisive tally for the Bruins, faking a shot before sniping the top left corner with 7:50 left in the third period. That wasn’t the only offense the 29-year-old provided as he also registered an assist.

— Jeremy Swayman played the entire game in net for the first time this preseason and it came with mixed results. Swayman finished with 28 saves but wasn’t particularly sharp, allowing four goals, including one 27 seconds into the contest. He wasn’t exactly helped by the defense in front of him, either, which could be in some trouble with Charlie McAvoy and Matt Grzelcyk sidelined to begin the season.

— While the Czech Line provided the majority of the offense, Jake DeBrusk also got into the scoring department. DeBrusk, who was on the second line with Jack Studnicka and Marc McLaughlin, opened the scoring for the Bruins in the first period by crashing hard to the net and putting a loose puck past Jaroslav Halak.

— The Bruins conclude their preseason slate Saturday when they host the New Jersey Devils. Puck drop from TD Garden is scheduled for 7 p.m. ET, and you can watch the game, plus 30 minutes of pregame coverage, on NESN. 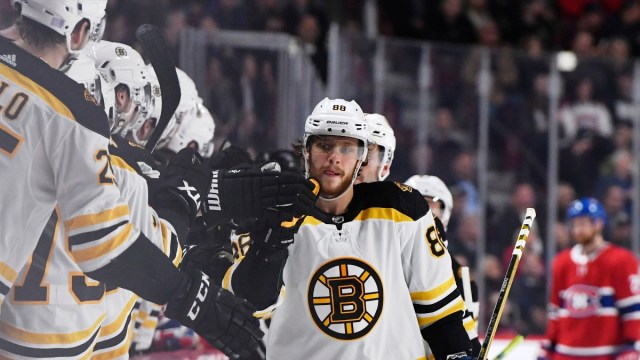 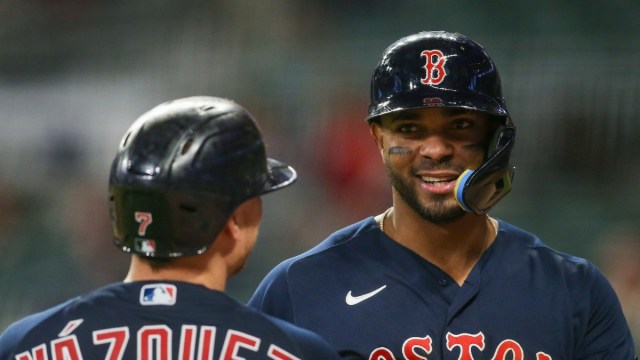