Both drivers secured spots in the Championship 4, but Bell took home the clutch win at the Xfinity 500 at Martinsville Speedway. The Joe Gibbs Racing driver beat out pole winner Kyle Larson and will have a shot to take home the NASCAR Cup Series title next Sunday.

Chastain’s path to the Championship 4 was much more dramatic. Sitting in 10th and facing elimination on the last lap, the Trackhouse Racing driver drove his No. 1 Chevrolet into the wall entering Turn 3 and rocketed past even after he ignited an afterburner. The video-game like move passed by Denny Hamlin and punched Chastain’s ticket to the Championship 4.

Check out the moment from the final lap and a point-of-view shot of the move below:

“I made the choice, grabbed fifth gear down the back,” Chastain said after the race, per NASCAR. “Fully committed. Basically let go of the wheel, hoping I didn’t catch the Turn 4 access gate or something crazy. But I was willing to do it.

“I just cannot believe that we have a chance to go fight for a championship. All we ask for is a chance. We kept our world small this year so far. We’ll do the same thing going to Phoenix.”

Hamlin had advanced to fifth before Chastain made his bold effort to jump ahead.

For Bell, Sunday was his third win of the season and his second in a must-win situation — the JGR driver took home a victory at the Bank of America Roval 400 at Charlotte Motor Speedway to stave off elimination from the playoffs.

Bell and Chastain join Joey Logano and Chase Elliott for a run at the championship in Phoenix Raceway. 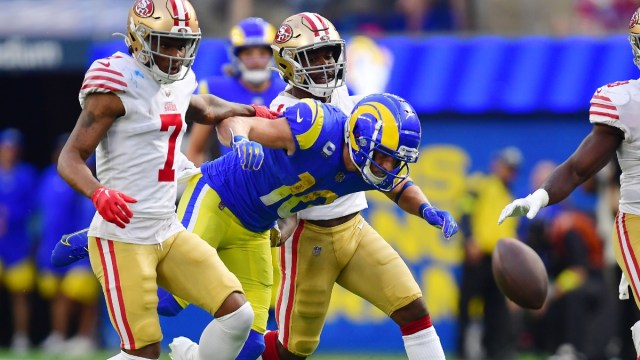 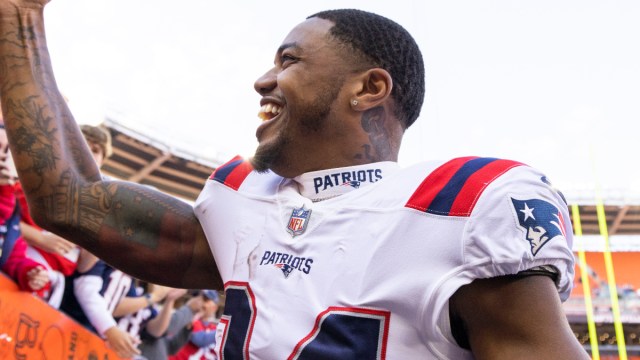 Kendrick Bourne Not Sweating Lack Of Targets In Patriots Offense