The New England Patriots took a controversial approach at the linebacker position this offseason. So far, that plan has not panned out.

McMillan and McGrone were internal options coming off injuries. Wilson was acquired in a trade with the Cleveland Browns in exchange for Chase Winovich. In one of the offseason’s biggest surprises, the Patriots opted to neither sign a starting-caliber linebacker in free agency nor select one with any of their 10 picks in the 2022 NFL Draft. They also did not take fliers on any undrafted ‘backers.

“I think we’ve got a lot of names there and a lot of experience, and mix in some youth,” director of player personnel Matt Groh said after the Patriots passed on the likes of Utah’s Devin Lloyd and Georgia’s Quay Walker on draft night. “So I think it’s a good group.”

Four weeks into the regular season, that has not looked like an accurate assessment.

McMillan was a Week 1 starter in his return from a torn ACL, but he lost that spot to Wilson in Week 2, his snap rate quickly dropping from 70% to 20%. After missing a game with a thumb injury, he returned to action in Sunday’s 27-24 overtime loss to the Green Bay Packers but only played on special teams.

Wilson created a turnover with an athletic pass breakup in the Patriots’ lone win of the season (Week 2 over Pittsburgh). But he badly struggled against Lamar Jackson and the Baltimore Ravens’ diverse rushing attack the following week and then was essentially benched early in the Green Bay game, hardly seeing the field on defense after being flagged for a facemask on an explosive first-quarter carry by Aaron Jones. Wilson started but played just 10 defensive snaps, ceding most of his playing time to Jahlani Tavai (55 snaps, up from a previous season high of 19).

Entering Week 5, McMillan and Wilson are the Patriots’ lowest- and second-lowest-graded Patriots defenders by Pro Football Focus, respectively. Among all NFL linebackers with at least 50 snaps played, their grades are the lowest and fourth-lowest. (For what it’s worth, Lloyd, who went 27th overall to Jacksonville, ranks 15th overall and fourth as a run defender.)

And McGrone, whom both Groh and linebackers coach Steve Belichick hyped up this offseason? He failed to make the roster after an uninspiring summer. The 2021 fifth-round pick currently is on the practice squad and has missed the last several weeks with an undisclosed injury.

The Patriots have cycled through several different running mates for returning starter Ja’Whaun Bentley, and inconsistent play by their off-the-ball linebackers has contributed to consecutive poor performances in run defense.

Jackson and the Ravens rushed for 188 yards and averaged 7.2 yards per carry in their 37-26 win at Gillette Stadium. On Sunday, Jones, A.J. Dillon and the Packers racked up 199 yards on the ground (5.5 per carry), helping them survive a miserable first half by quarterback Aaron Rodgers and a spirited upset bid by a Bailey Zappe-led Patriots squad.

New England seemed to acknowledge their linebacker problems with their latest roster move: re-signing the 32-year-old Collins to the practice squad on Monday for his fourth stint with the Patriots. Collins is an experienced and versatile player who contributed in a reserve role last season. But if the Patriots’ blueprint to upgrade at the position had worked as designed, bringing him back would not have been necessary.

Another mighty challenge awaits the Patriots’ defense this week. Their opponent, the Detroit Lions, leads the NFL in points per game, yards per game and yards per carry despite injured lead back D’Andre Swift logging just 12 total carries over the last three games. 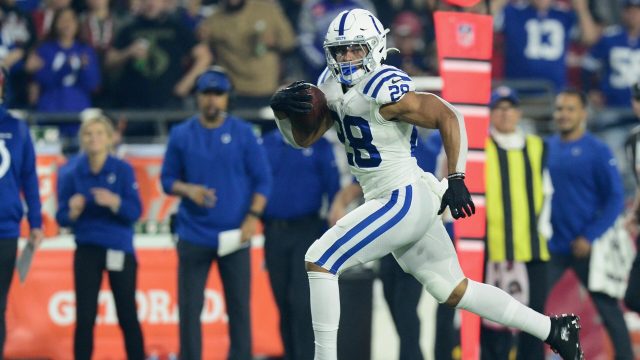 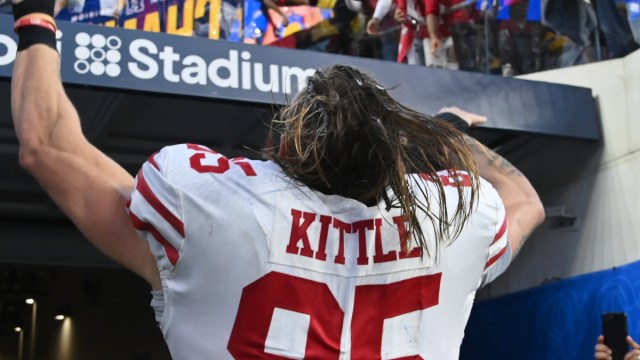