Jim Montgomery left Wednesday’s 5-2 season-opening win for the Boston Bruins over the Washington Capitals with a souvenir.

The first-year coach left with the game puck in hand, a special memento to commemorate his first win behind Boston’s bench.

“I did. An honor,” Montgomery told reporters, as seen in team-provided video. “(Patrice Bergeron) gave it to me. Pretty sweet. It’s going on the mantle, probably in my son’s room.”

The first victory at the helm of the Bruins proved even sweeter for Montgomery due to the total team effort his team exhibited to top the Capitals. While the Czech line of David Pastrnak, David Krejci and Pavel Zacha headlined the win by combining for eight points, Jakub Lauko also turned in a strong performance in his NHL debut while Derek Forbort anchored the defense in front of Linus Ullmark, who made 33 saves.

“It feels great but more importantly, we do this together,” Montgomery told reporters, as seen on NESN postgame coverage. “It’s an honor to lead that group there.”

While Montgomery soaks in the moment, he won’t do so for long. He doesn’t want to be stuck on one win and wants this winning feeling to last. He’s already looking ahead and trying to string wins together with the Bruins scheduled to play six of their next seven games on home ice.

“It’s huge to get the first one on the road,” Montgomery said. “Now we’re going home — we got a good stretch at home — so we’re going to try to build off it.”

The Bruins will play their home opener Saturday when they host the Arizona Coyotes at TD Garden. Puck drop is scheduled for 7 p.m. ET, and you can watch the game, along with an hour of pregame coverage on NESN. 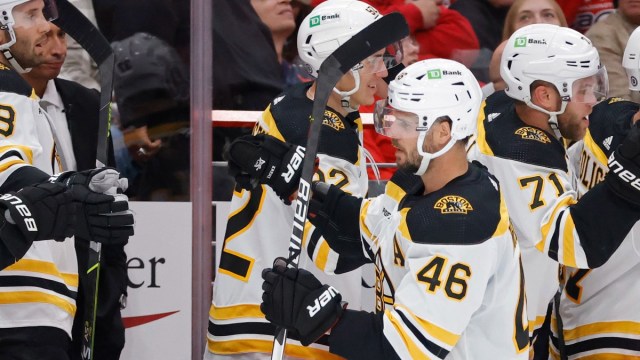 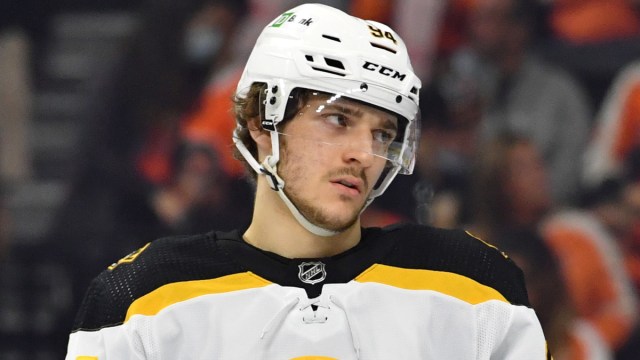