Remember when the sky was falling at Jerry World? Well, the defense of the Dallas Cowboys has made that feel like a distant memory.

With Cooper Rush starting in place of an injured quarterback Dak Prescott, the Cowboys have compiled three straight wins, including a pair against the NFC East rivals New York Giants and Washington Commanders. They’ve now held Tom Brady’s Tampa Bay Buccaneers, Joe Burrow’s Cincinnati Bengals, and those two aforementioned divisional foes to less than 20 points for the first time since their 1973 “Doomsday Defense.”

After an abysmal season-opener prompted the Cowboys to be bashed by the media and fans alike, the 3-1 Cowboys now deserve credit for a bounce-back stretch that nobody saw coming.

“To sit here after these last three ball games and maybe have the opportunity we’ve got for the rest of the year, it’s amazing,” Cowboys owner Jerry Jones told reporters after a Week 4 win in which Dallas made Carson Wentz (25-for-42, 170 yards) look worse than usual. “It’s far more than what I would have expected.”

That was on display Sunday at AT&T Stadium as Dallas recorded 11 quarterback hits, two interceptions, two sacks and pressured Wentz on 40.9% of dropbacks, per Next Gen stats. Wentz looked completely inept as his two intentional grounding miscues were among the 11 penalties that set the Commanders behind the chains and thus led to a five-for-15 conversion rate on third down.

It’s allowed the Cowboys a new outlook in a wide-open NFC.

Here are more takeaways from Week 4 in the NFL:

— The Patriots put together a valiant effort against the Packers, but ultimately fell in overtime after Bill Belichick opted not to go for a fourth-and-6 at the Green Bay 46 despite Aaron Rodgers dissecting New England’s secondary in the second half. Belichick said the decision wasn’t heavily considered, which it probably should have been. Nevertheless, given rookie Bailey Zappe was making his NFL debut after an injury to Brian Hoyer, the result served as a moral victory for the 1-3 Patriots. And for better or worse, that really tells us where New England is at four games into the 2022 season.

— Sure, the highlight-reel play of Patrick Mahomes proved the quarterback is different, but the Kansas City Chiefs delivered a statement against Brady and the Bucs on Sunday night because of their ground game. The Chiefs rushed for 5.1 yards per carry against a Buccaneers defense that nobody has been able to run on. Kansas City’s 189 rushing yards was more than double Tampa Bay’s allowed average this season. In fact, the Buccaneers have not allowed more than 189 rushing yards since Week 15 of the 2018 season. With the offensive line continuing to improve and Mahomes’ head-shaking ability behind center, there’s no wonder why the Chiefs have the second-best scoring offense in the league.

— The Philadelphia Eagles attracted attention due to their offense through the first three weeks. But in a Week 4 comeback win against the Jacksonville Jaguars, the defense was most impressive. Philadelphia forced five turnovers (four fumbles) and compiled four sacks on Jaguars signal-caller Trevor Lawrence. The Eagles’ offense doubled in time of possession, with 210 of its 401 yards coming on the ground. It’s a complement which continues to make Philadelphia look like a dangerous team.

— Geno Smith looks pretty darn good, huh? The Seattle Seahawks quarterback carved up the Detroit Lions in Week 4 as he completed 76.7% of his passes for 320 yards and two touchdowns and ran for 49 yards on seven carries with one rushing score. Smith’s connection with DK Metcalf (seven receptions, 149 yards) and Tyler Lockett (six receptions, 91 yards) along with the play of running back Rashaad Penny (17 rushes, 151 yards, two rushing TDs) stood out. And while we’re not going to jump the gun and say the Seahawks look like a contender in the NFC, Seattle certainly has exceeded preseason expectations thus far. 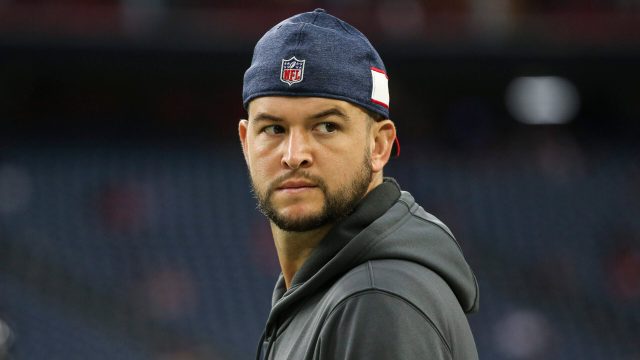 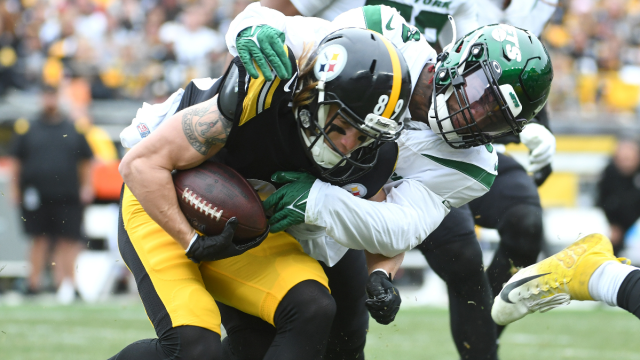