And just like that, Michael Wacha’s 2022 season is done.

Wacha arguably was the most reliable starter for the Red Sox this season, losing just two games on the year and always providing Boston a chance to win. Even a stint on the injured list couldn’t slow Wacha down, but he did finally hit that regression in his final two starts.

The right-hander had a chance to end 2022 on a high note, and he certainly was the pitcher to help avoid getting swept by the Toronto Blue Jays in Boston’s final road trip of the year. But it unfortunately did not happen, as Wacha was tagged for five earned runs across four innings in the Red Sox’s 6-3 loss at Rogers Centre.

Over the course of his final two starts, Wacha Wacha gave up 11 runs across 7 1/3 innings.

What the future holds for Wacha is unclear as he signed a one-year deal with the Red Sox in November 2021. Boston certainly would be wise to keep Wacha around. And if Chaim Bloom did indeed promise Kiké Hernández the team would be better in 2023, Wacha should be included in those plans.

Here are some other notes from Sunday’s Red Sox-Blue Jays game:

The third baseman — subbing in for Rafael Devers after manager Alex Cora rested him — drove in the first two runs with a double and later added a solo home run.

The homer marked Dalbec’s 12th of the year, good for fifth-most on the team. He’s certainly struggled this season and has spent time in Triple-A Worcester, but he made the most of Sunday’s game in Toronto and helped end the Red Sox’s scoring drought from their previous two games.

The outfielder blasted two home runs in the win.

— The Red Sox have lost nine of their last 12 games.

— Eduard Bazardo quietly had a solid two innings of work with two strikeouts.

— The loss dipped the Red Sox to 3-16 against the Blue Jays this season.

— Boston begins its final series of the season Monday against the Tampa Bay Rays. First pitch from Fenway Park is set for 7:10 p.m ET and you can catch all the action beginning at 6 p.m. on NESN. 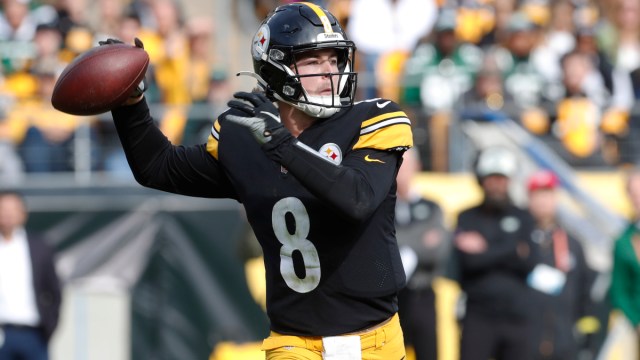 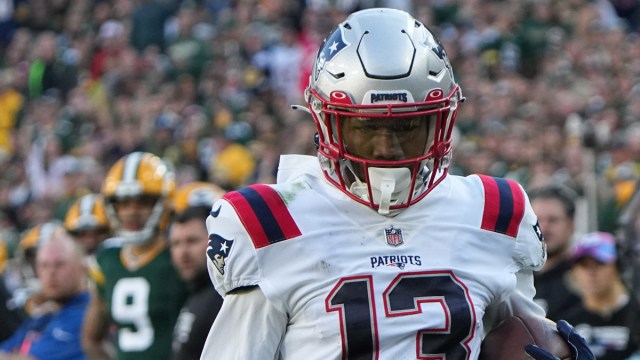