The Boston Red Sox took their second consecutive victory over the Tampa Bay Rays, 6-0, on Tuesday night at Fenway Park during a near five-inning contest that was limited due to inclement weather conditions.

ONE BIG TAKEAWAY
During what could be the final series for fan-favorites Xander Bogaerts and Nathan Eovaldi, the two Red Sox World Series champs and heroes on several occasions did not disappoint.

Eovaldi, making his 20th start of the season, set the tone on the pitching side against the division foe Rays. The 32-year-old veteran held Tampa Bay scoreless through a weather-challenging night. Eovaldi tossed five innings while allowing no runs off two hits and two walks while striking out four batters.

At the plate, Bogaerts led the way for the offense with one of the biggest swings of his latest campaign in a Red Sox uniform. The 30-year-old shortstop rewarded Eovaldi’s start by contributing plenty of insurance runs during his fifth-inning at-bat against Rays southpaw Colin Poche. Bogaerts got a hold of Poche’s 1-1 curveball offer, taking the 81-mph pitch well over the Green Monster in left field, blasting his seventh career grand slam and his 15th home run of the year.

The game was called short and ruled an official contest after four 2/3 innings of play due to rain.

STARS OF THE GAME
— Bogaerts provided the majority of Boston’s run production, courtesy of his grand slam. The 10-year veteran finished the contest going 1-for-3 at the plate with four RBIs.

— Eovaldi served as the only pitcher to take the mound for the Red Sox and provided Boston with a nearly flawless showing, allowing zero runs to cross the plate from the Rays lineup.

— Rookie catcher Connor Wong provided the only other extra-base hit to come from the Red Sox offense, a double (3) in the fifth inning to advance Christian Arroyo to third base and set up Bogaerts for his bases-loaded at-bat. Wong went 1-for-2 at the plate.

WAGER WATCH
DraftKings Sportsbook set the odds of a Bogaerts round-tripper at +850 heading into the penultimate game of the season. Bogaerts drove in four with one swing of the bat, going deep over the Green Monster and cashing in that ticket. A $100 wager placed on that bet would’ve resulted in a $950 payout.

UP NEXT ON NESN
The Red Sox play the final contest of their regular season against the Rays on Wednesday. First pitch from Fenway Park is set for 4:10 p.m. ET, and you can watch the game, along with an hour of pregame coverage, live on NESN. 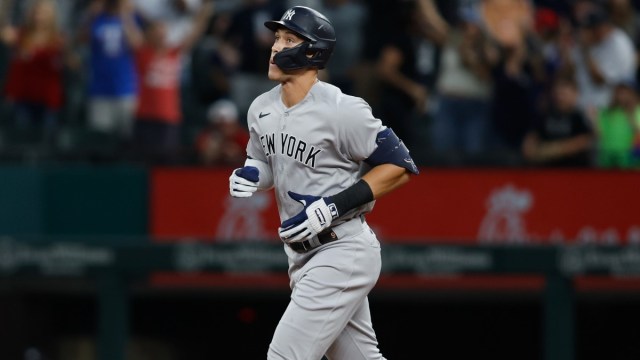 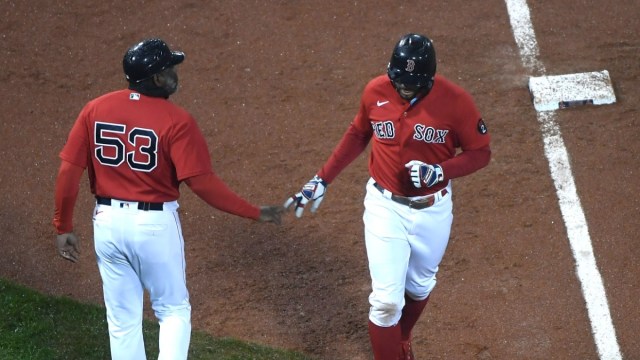