East Rutherford, N.J. — It wasn’t always pretty, and at times it was downright ugly, but the New England Patriots on Sunday potentially saved their season with a 22-17 victory over the New York Jets.

New England trailed 10-6 at the half but the defense stiffened up and got a five-field goal performance from Nick Folk as well as a huge touchdown catch from Jakobi Meyers to start the second half.

Mac Jones was shaky but good enough to win, completing 24 of 35 passes for 194 yards and a touchdown to go along with one pick. He also was sacked six times and committed one fumble, which was recovered by New England.

On the other side, quarterback Zach Wilson was awful for the Jets. The second-year QB completed 20 of 41 passes for 355 yards and two touchdowns while throwing three interceptions. Wilson was on the run all afternoon but somehow only was sacked once.

The Patriots improved to 4-4 with the win while the Jets dropped to 5-3 with the loss. Bill Belichick’s team now must prepare for next Sunday’s home matchup with the Indianapolis Colts.

Here are three studs and three duds for New England from its big Week 8 win:

STUDS
RB Rhamondre Stevenson
Stevenson was New England’s most dynamic player from start to finish, ending the game with 73 yards on 15 carries while adding seven catches for 72 yards. The sophomore back briefly left the game during the second quarter but shook off whatever injury he was dealing with. There no longer is any question: Stevenson is the top running back on the Patriots roster.

WR Jakobi Meyers
Once again Meyers was Jones’ most trusted target, finishing with nine catches for 60 yards and a touchdown, which came on fourth down. Not even an excellent Jets secondary was able to prevent Meyers from having another great game.

LB Ja’Whaun Bentley
More solid than spectacular, Bentley assisted on three tackles and picked off Wilson late in the second half. The veteran linebacker was stout against the run all afternoon.

DUDS
Entire offensive line
This was a wretched performance, especially in the first half. Isaiah Wynn was bad again before getting benched, and Cole Strange committed a pair of bad penalties. The rookie also briefly got benched during the third quarter, with Wynn filling in at left guard. Backup center James Ferentz also struggled in relief of David Andrews, though most linemen have a tough time against Quinnen Williams. Jones was pressured throughout this game and, when the dust settled, was sacked six times. The Patriots must get things cleaned up on their O-line.

Special teams
You can count on two bad plays per game from this group, and they delivered. Rookie Pierre Strong had a bad blocking-in-the-back penalty, and fellow freshman DaMarcus Mitchell later blew a golden opportunity to down a punt inside the 5-yard line. A great game from Nick Folk and one good Marcus Jones return don’t make up for the other issues.

QB Mac Jones
Jones certainly settled down in the second half, but you simply can’t ignore his would’ve-been pick-six that got negated by a roughing-the-passer penalty late in the first half. It was an awful read by Jones, and one he should’ve paid for. Jones also took a couple of sacks when he didn’t need to and had some off-target throws, including some that should’ve been picked off. Still, he probably was good enough to keep his job. 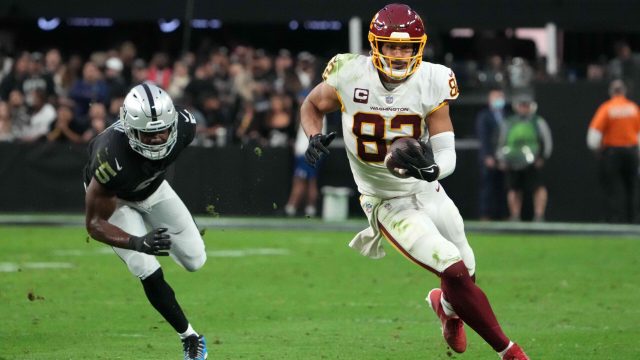 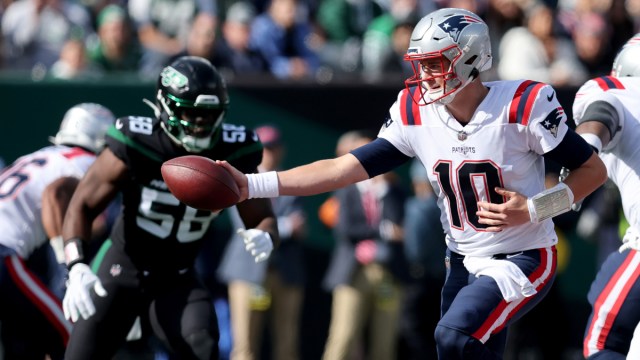