The Chicago Bears walked into Foxboro and punched the New England Patriots in the mouth Monday night.

Whether it be winning the turnover battle (+3), keeping a stranglehold on time of possession (37:14), displaying offensive dominance on third down (11-of-18) or just flat out showing more urgency than their opponent, Monday night’s victory will likely be viewed as a building block for the Bears as they attempt to string together some wins moving forward. The Bears had a plan heading into their matchup with the Patriots and they stuck to it.

At least that’s what it sounded like in Chicago’s locker room following its 33-14 victory over New England.

“We talked about a couple things, right? We talked about leading from the front. We talked about toughness,” Bears head coach Matt Eberflus said in the locker room, per ESPN’s postgame coverage. “We talked about playing for the man next to you. And you guys did that today. … We did a really good job today fellas, especially to finish the game off. Excellent job offense, excellent job defense playing situational football.

While the Patriots roster didn’t exactly put forth its best effort — New England saw two quarterbacks play poorly in this one — Eberflus’ remarks about following the game plan successfully lend credence to the idea that the Bears coaching staff simply outperformed that of the Patriots.

“It’s obviously a poor performance tonight. We were badly out-coached, out-played,” Belichick said, per team-provided transcript. “Just didn’t do anything well enough in the game to have a chance to win or deserve to win. The Bears did a good job. Totally controlled the game in all three phases.”

New England (3-4) will look to bounce back with a victory in its Week 8 matchup with the New York Jets (5-2). Chicago (3-4) will hope to carry momentum in a pivotal NFC matchup against the Dallas Cowboys (5-2). 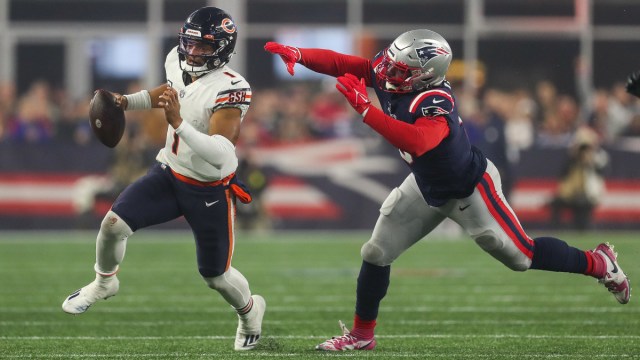 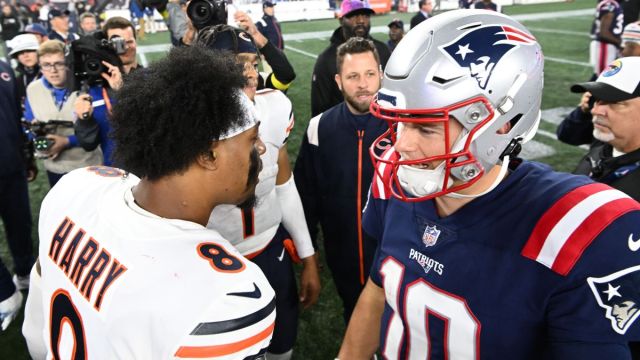 How N’Keal Harry Reacted To Getting Booed By Patriots Fans