The Bruins open their 2022-23 season next week and it’s still unclear what the roster will look like.

Head coach Jim Montgomery was hopeful some of Boston’s bubble players would use Monday’s preseason game against the New Jersey Devils as a prove-it game for a spot on the bottom six, but they didn’t exactly impress in the 1-0 loss at Prudential Center.

There still are two preseason games left on the calendar and we don’t have a clear picture of exactly when Taylor Hall will return from the injury he sustained in Saturday’s win, so players like A.J. Greer, Oskar Steen and Jack Studnicka have time to bounce back.

Here are some takeaways from Monday’s loss.

Jack Studnicka can play at the NHL level
Studnicka has been playing for a spot on the Bruins roster for the last few seasons but hasn’t received consistent reps due to veteran signings and having the top six filled out. While Studnicka did see some game action in 2021-22, he never could quite show what he’s truly capable of. The 23-year-old is strong at the dot and in order to become a more consistent player, Studicka needs to see more time in the NHL than in the AHL. It’s time for the Bruins to see what they really have in their 2017 second-round draft pick and maybe a new head coach will give him that opportunity. Even though he’s been on Providence’s top line and has been pegged as a top-six player, the Bruins don’t have a ton of room for Studnicka there. But with a bottom six not being set in stone, this seems like the perfect time for Studnicka to center the fourth line and get him some steady NHL experience.

Mike Reilly’s ankle clearly impacted him the last two years
Reilly underwent surgery in the offseason and has looked like a revived player throughout training camp and the preseason thus far. Whether that’s due to a head coaching change is up for debate, but Reilly appears to have more offensive freedom in preseason action and looks extremely confident. With Charlie McAvoy and (probably) Matt Grzelcyk sidelined to begin the season, the Bruins could use a boost of energy from Reilly on the blue line.

A.J. Greer fell back to earth
Greer quickly fell into the good graces of Bruins fans by having a strong two preseason games last week, including a two-goal game against the New York Rangers. The forward was skating with Patrice Bergeron and Jake DeBrusk earlier this week with Hall out but, like much of the other bubble players, Greer didn’t exactly impress Monday night.

“Monday wasn’t my best performance, but at the end of the day, I come up with the same mentality every single day, and that’s giving everything that I have and emptying the tank,” Greer told reporters after the loss. “Just for me, keep doing those little things that I do best and hope that it’s enough. But I can’t really do much more than that.”

There’s certainly no reason to write Greer off, as he has made a nice case for himself to make the roster out of camp. But with another round of cuts looming, he doesn’t have a lot of time left to impress Montgomery.

Jack Ahcan deserves a shot
The Bruins will be thin on defense and the only real guaranteed spots are saved for Hampus Lindholm and Brandon Carlo. We don’t foresee Reilly being left out, but we did see him be a healthy scratch a few times last season. Still, Ahcan has shown the Bruins everything and then some in order to earn himself a spot on the roster for Opening Night.

“I’ve always liked Jack Ahcan from his college days. He’s someone that competes hard, he has really good hockey sense,” Montgomery told reporters Monday. “So, when you have those two elements to your game and those are your biggest strengths, you can do a lot of good things on the ice despite his stature as a defenseman. He’s a real good player for us that we know as he develops and continues to develop might be a full-time Bruin for us one day.”

Ahcan had a slick feed to Craig Smith in Monday’s loss that was denied by Devils goalie Vitek Vanecek and has shown how he makes up for his lack of size with his speed, competitiveness and awareness of when there could be a scoring opportunity. 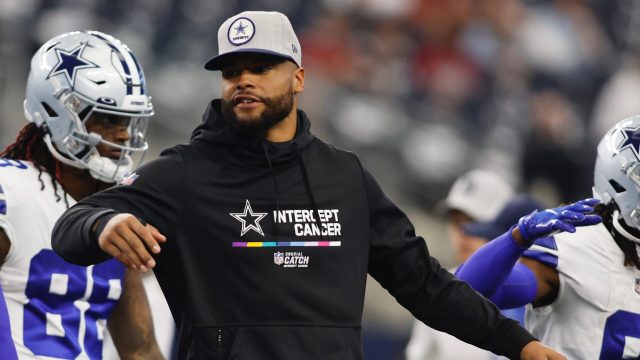 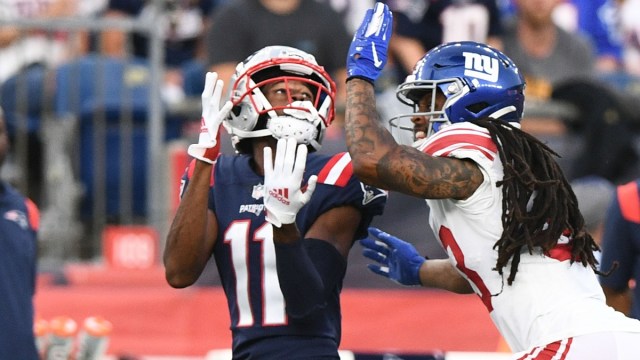