Let’s get this out of the way first: This isn’t a story pinning Boston Celtics combo guard Jaylen Brown against his teammate Jayson Tatum.

Both are elite players and after it was tirelessly questioned whether the two stars could co-exist on the floor together, they proved they could last year as evidenced by leading the Celtics to an appearance in the NBA Finals.

But as the Celtics begin a new quest Tuesday to get back to that elevated stage, it will be Brown, not Tatum, who will be Boston’s best player this season.

While Tatum has the better skill set and is seen as a contender for NBA MVP, Brown is armed with more motivation than his running mate to take his game to another level. All offseason, Brown couldn’t get away from rumors of him being in trade talks for Brooklyn Nets star Kevin Durant. Brown didn’t give any indication of how he felt about being brought up as part of a trade package once again, but that couldn’t have sat well with him.

Before last season, all that was talked about was Brown being a “pillar” of the Celtics organization alongside Tatum, and just like that, Boston was possibly willing to dismantle that foundation in favor of an aging and injury-riddled Durant. That should give Brown an extra edge to prove those, especially those within the franchise, wrong.

Quite possibly a bigger motivating factor for Brown — like a lot of other NBA players — is the money at stake with having a career year. Brown has two years left on the four-year extension he signed prior to the 2019-20 season, and he has to be eyeing the supermax. Before Brown can even position himself to see more zeroes and commas on his checks, he has to land on an All-NBA team, something Tatum has done each of the last two seasons.

Brown isn’t far away from doing so as it’s conceivable he could make a bid for an All-NBA Third Team selection. The blueprint is there, especially after seeing Toronto Raptors forward Pascal Siakam and Atlanta Hawks guard Trae Young make their way onto the Third Team last season.

Brown will need to elevate his performance, though, to make that happen. He steadily improved through his first five years in the league before somewhat plateauing last season when he tallied 23.6 points, 6.1 rebounds and 3.5 assists per game. Brown’s first priority should be taking care of the basketball, which plagued both him and Tatum in the playoffs last season.

But being more consistent with his 3-point shot — he dipped to 35.8% a season ago after shooting 39.7% a season prior — and adding more playmaking skills, which has been a point of emphasis with Brown in the past, could lead to the former All-Star gaining that type of recognition again plus more.

The soon-to-be 26-year-old doesn’t seem content with what he has done previously, either. The vibe he gave off at Celtics media day late last month was of a straight-edge focus, ready to conquer whatever is in front of him. It’s the opposite of the perception Tatum gave off this summer, when it felt all he wanted to do was be around fellow stars.

On the other hand, Brown remained pretty much silent, posting videos and pictures on social media of insane pool workouts he was going through to get ready for the season. Brown said at media day he was “probably in the best shape” of his life, and Celtics fans should believe him.

Brown is so dialed in at the moment he won’t even take preseason games off. Last Friday when Celtics interim head coach Joe Mazzulla rested all of the team’s main starters, including Tatum, against the Charlotte Hornets, Brown convinced the coaching staff to let him play to “keep his rhythm.” Brown ended up playing the third-most minutes of any Boston player during the exhibition contest.

And don’t buy Brown’s reasoning of just trying to stay in rhythm. He could have gotten up extra shots in the gym, or done a variety of drills during practice. No, Brown was out there to prove a point that he’s going to be a workhorse this season and not sit back and relax.

It’s that type of determination that’s the difference between Brown and Tatum at the moment. And it’s hard to blame Tatum for not having that edge because Brown certainly has more on the line.

Starting with boos from the Celtics faithful on draft night, his ability has been called into question ever since he arrived in Boston. It wouldn’t be a surprise if he’s sick and tired of hearing about his flaws.

So, it feels as though Brown is going to take matters into his own hands, let his play say everything he probably wanted to this offseason and take another sizable leap on the floor. 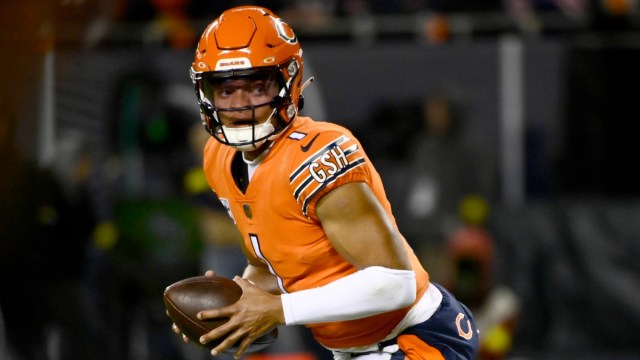 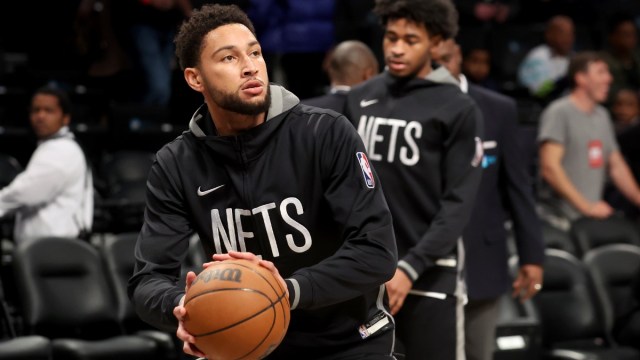