One of the most exciting aspects of baseball is the home run celebration, but sometimes you have to be careful or else it can come back to haunt you.

That’s what Josh Naylor learned that lesson the hard way. The Cleveland Guardians designated hitter used his “rock the baby” celebration when he homered in Game 4 of the American League Division Series. Naylor explained the celebration is meant to signify the opposing pitcher as his baby.

Well, when the Guardians lost the deciding fifth game of the ALDS to the Yankees, New York second baseman Gleyber Torres busted out the celebration toward the Cleveland dugout right when he caught the deciding out.

Torres, and likely many of his Yankee teammates, called the celebration “disrespectful” when Naylor did it, per MLB.com’s Bryan Hoch.

“Revenge,” Torres said. “Now they can watch on TV.”

Earlier in the game, Yankees fans had taunted Naylor in front of him as he finished his Game 5 outing 0-for-4 at the plate. Fans even chanted “who’s your daddy” at him as well, but Naylor was actually appreciative of the chants.

“That was awesome. That was so sick,” Naylor said, per The Athletic’s Zack Meisel. “That was honestly like a dream come true as a kid. … The fact that I got that going throughout the whole stadium, I think that was sick.”

Whether or not the Bronx Bombers had some extra homefield advantage or not can only be left to speculation. The Guardians and Major League Baseball fans will watch the Yankees take on the Houston Astros in Game 1 of the American League Championship Series on Wednesday. 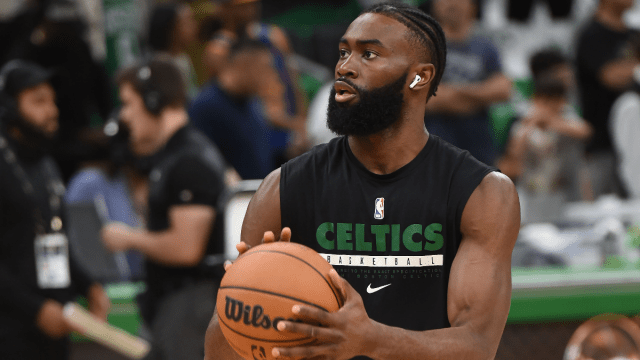 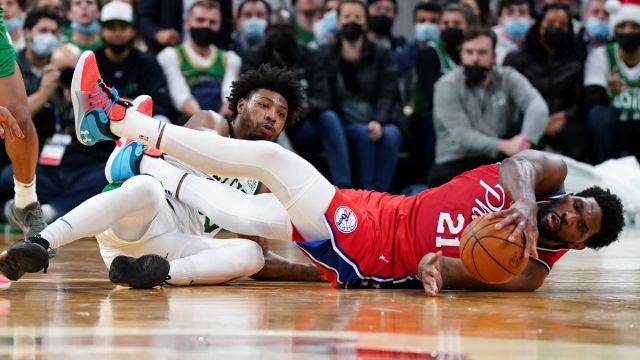 Marcus Smart, Joel Embiid Get In Skirmish To Begin Second Half