Near the end of the first half at MetLife Stadium, New England quarterback Mac Jones threw what would’ve been an 84-yard pick-six to New York cornerback Michael Carter. However, officials called a questionable roughing-the-passer penalty on defensive end John Franklin-Myers, thus negating the interception and giving the ball back to the Patriots.

The pick-six would’ve given the Jets a 17-3 lead (assuming the extra point) at halftime. Instead, New England got a field goal from Nick Folk (one of his five on the afternoon) and went on to pick up a crucial 22-17 victory. It’s not a stretch to say the penalty saved the Patriots’ season — and perhaps Jones’ job status.

The penalty was a big topic during postgame news conferences, with Jets head coach Robert Saleh making his feelings on the matter perfectly clear.

Wilson, who was terrible and threw three interceptions during the game, also took issue with the penalty.

“Yeah, it was a terrible call,” Wilson told reporters. “But that’s football. It happens all the time.”

While yet another example of the NFL becoming a less physical product, the penalty on Franklin-Myers probably was the right call. He hit Jones both high and late.

Jones offered his own thoughts on the situation during a postgame presser.

“Just a little miscommunication,” he said of his decision on the play. “… Penalty saved us.”

Jones played the entire game Sunday and finished with 194 passing yards and one touchdown while completing 24 of 35 passes. He also threw a pick and was sacked six times.

Jones and the Patriots will look for a cleaner victory next Sunday when they host the Indianapolis Colts. 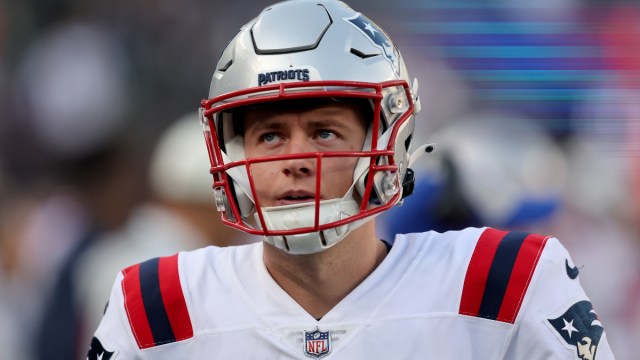 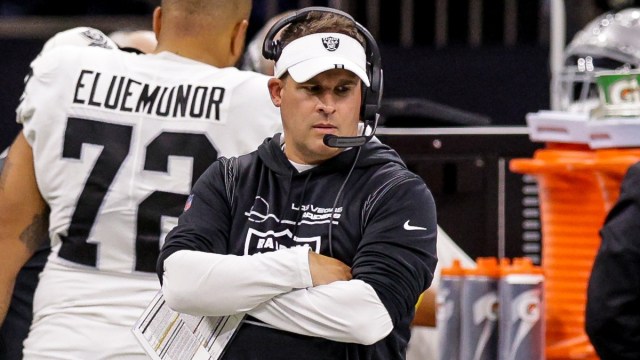