FOXBORO, Mass. — Things went from bad to much worse for the Patriots’ offensive line on Sunday.

Center David Andrews and guard/tackle Isaiah Wynn both left New England’s eventual 10-3 win over the New York Jets with thigh and foot injuries, respectively. That left the Patriots with a left-to-right lineup of Trent Brown (who began the game on the bench), Cole Strange, James Ferentz, Mike Onwenu and Yodny Cajuste. New England’s O-line had some good moments but ultimately allowed quarterback Mac Jones to get sacked six times.

As for the severity of Andrews and Wynn’s injuries, it’s hard to get a read on either situation.

NFL Media’s Ian Rapoport on Sunday night reported that Andrews could miss the remainder of the season due to a “serious” injury. However, Patriots radio broadcaster Scott Zolak on Monday refuted Rapoport’s claim and indicated Andrews still could play in this Thursday night’s road game against the Minnesota Vikings. Wynn, meanwhile, reportedly will miss time, but the extent of his injury remains unclear.

So, we don’t have a good sense of how much time Andrews and Wynn will miss. But, for now, let’s assume the two starters will be sidelined for at least one game.

That would leave the Patriots dangerously thin on an offensive line that’s struggled for much of the season. While talent isn’t necessarily an issue, a lack of both experience and cohesion could be. Plus, the coaching, led by play-caller Matt Patricia, hasn’t generated much confidence.

Here’s a breakdown of offensive linemen on New England’s roster:

RESERVE/NFI
OT Andrew Stueber (rookie, reportedly out for the season)

Again, the entire conversation would change if Andrews turns out to be relatively fine. But the potential domino effect created by both Andrews and Wynn being sidelined can’t be ignored.

The Patriots would be a Ferentz, Strange or Onwenu injury away from Russey, an undrafted rookie, seeing NFL snaps. Say what you want about Wynn, but his ability to play both tackle and guard presents real value.

Russey occasionally impressed during training camp but was waived before roster cutdowns. He ultimately landed back on New England’s practice squad and last Friday was signed to the 53-man roster when Christian Barmore was placed on IR. Russey also was elevated from the practice squad before the Week 8 road win against the Jets but didn’t see the field.

“Well, Kody hasn’t gotten a chance to play,” Patriots head coach Bill Belichick said Monday morning during a Zoom call. “He’s been active for some games but hasn’t played much. But just continuing to develop on the practice field. Did a lot of good things for us in training camp. Made a real strong impression.

“Now, with the injuries we’ve had on the offensive line, I think he deserves to be moved up there.”

Murry also is someone to keep an eye on. The third-year pro, who transitioned from defensive line to offensive line during the summer, was elevated from the practice squad for the Week 7 home game against the Chicago Bears and has earned the respect of the coaching staff despite missing some time due to injuries.

“It’s unfortunate that he wasn’t able to put a full training camp, and even regular season, together,” Belichick said last week when asked about Murray. “It’s kind of been in spurts. But, lately, it’s been good. His training’s good. He looks great physically.”

Belichick added: “But Bill does all he can. Nobody works harder than that kid. And again, physically, he looks great. And it’s impressive. His training’s very impressive. But, like a lot of young guys, what they really need are snaps, and so he gets as many as he can. So, making progress.”

The Patriots won’t go anywhere if they don’t get things straightened out on the offensive line. Jones has faced far too much pressure this season, and run blocking has been inconsistent against some of the NFL’s better front sevens.

New England still has the talent and brainpower required to round the line into form. But if Andrews and Wynn are forced to miss multiple games, it’s hard to envision the Patriots’ offensive line play improving anytime soon. 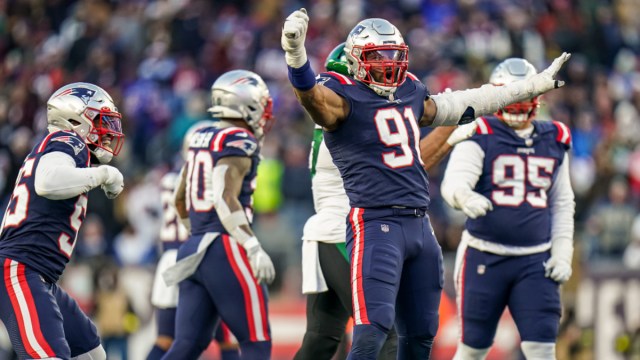 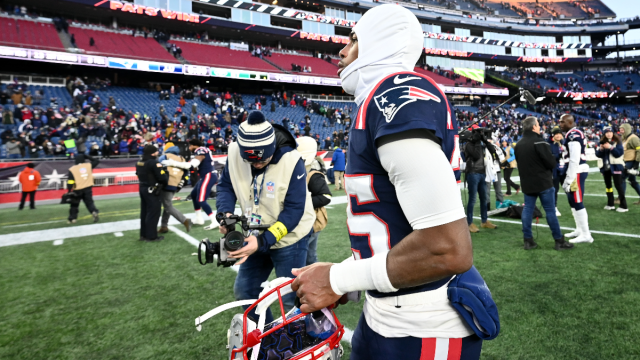