While still remaining the best team in the NHL through their first 17 games of the 2022-23 season, the Boston Bruins came face-to-face with one of their very few on-ice struggles, losing 5-2 versus the Florida Panthers at FLA Live Arena on Wednesday.

The loss marks the end of Boston’s seven-game win streak, which began on Nov. 7 against the St. Louis Blues.

First-year Bruins head coach Jim Montgomery didn’t shy away from noting a few areas of improvement after the loss.

“We just got to be better,” Montgomery said, as seen on NESN’s postgame coverage. “We were eighth in the league coming in most minors, and now we probably jumped to fifth.”

Through the first two periods on the ice, the Panthers dominated in countering power-play opportunities, scoring three goals in five chances against the Bruins — including two in the second period alone.

“I was concerned about the start because Florida always starts really well,” Montgomery said. “And oddly enough, I thought our start was really good. You know, we took that penalty and that kind of took away from some things but we were pretty dominant in the first (period), and then in the second, the other part of our game that needs to be better is turnovers. And we made too many turnovers at the offense blue line that didn’t allow us to get to our game.”

While the Bruins saw their streak end, so did the Panthers who previously lost three consecutive prior to puck drop. However, Bruins defenseman Brandon Carlo saw the loss as more of a reflection on Boston rather than a “special” showing from the Panthers, who sit fifth in the Atlantic division after the game.

“I don’t think it was anything necessarily that they were doing special,” Carlo said, as seen on NESN’s postgame coverage. “I think it was us. You know, running outside of position a little bit and not being responsible for our certain zones. Unfortunate that a couple of those ended up in the back of the net, but like you said, we gotta limit those penalties and those opportunities for them to get on the power play as well.”

— David Pastrnak, who scored his 13th goal of the season in the third period, extended his points streak to eight games. Pastrnak has scored five goals and totaled six assists with seven points coming in the power play during that stretch.

“Our goalies go out there and they battle every night for us,” Carlo said. “They expect the same from us. And it’s not that we weren’t giving him effort, but there are situations where you hate to see that. Where pucks are going in the back of the net for situations that he’s not really being helped out.”

— The Bruins fell to 1-2 in games in which they score two or fewer goals. Boston hadn’t allowed five or more goals from opponents since their come-from-behind, 6-5, overtime victory against the Pittsburgh Penguins on Nov. 1.

— The third period was the only one in which the Bruins managed to hold the Panthers scoreless.

— The Bruins will return to the ice Friday, taking on the Carolina Hurricanes for the first time this season. Puck drop from TD Garden is set for 1 p.m. ET, and you can catch the game, plus with an hour of pregame coverage, live on NESN. 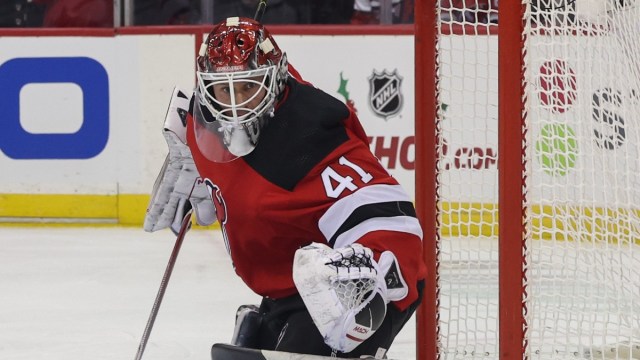 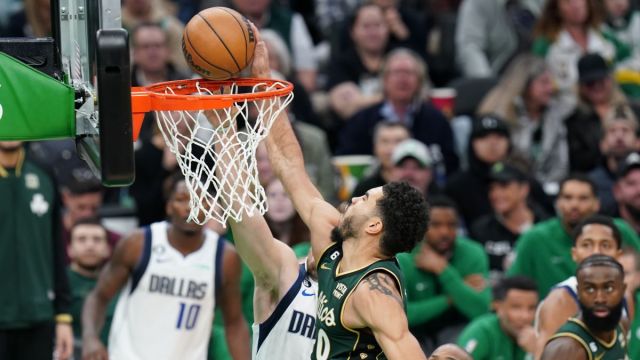