The Bruins goalie left with 13:03 in Boston’s 3-2 overtime win over the Carolina Hurricanes during Friday afternoon’s game after Connor Clifton fell awkwardly on top of him. Ullmark had just made some spectacular saves to keep the ‘Canes’ lead at one, but after a few minutes of being down on the ice, he skated to the bench and down the tunnel.

The Bruins quickly ruled Ullmark out with an upper-body injury.

To say Ullmark has been fantastic for the Bruins this season would be an understatement. Coming into the Black Friday matinee, Ullmark led the NHL with a 1.96 goals-against average and a .935 save percentage. He bailed Boston out several times this year and answered the bell when Swayman was injured and took on the brunt of the games in his absence.

It’s unclear exactly what the extent of Ullmark’s injury is, but Bruins head coach Jim Montgomery said Ullmark is “day-to-day” and has full range of motion.

Montgomery noted he did meet with Ullmark after the game and that the goalie was feeling a little nervous because it was something Ullmark never had dealt with before. The fact he has full range of motion, though, certainly is a good sign.

Here are some other notes from Friday’s Bruins-Hurricanes game:

— Patrice Bergeron received a loud standing ovation in the first period when the jumbotron at TD garden showed the Bruins captain amass his 1,000th career point — all with the B’s — over the weekend while Boston was on the road against the Tampa Bay Lightning.

Bergeron will be honored for the milestone in a pregame ceremony on Dec. 17.

— Craig Smith also was injured in the game did was ruled out with an upper-body injury prior to the third period.

Montgomery said Smith, like Ullmark, is day-to-day and will know more when they get more testing done. If Smith misses time, the Bruins likely will be forced to make a recall with Trent Frederic also being day-to-day.

— Jeremy Swayman came in in relief for Ullmark after his injury. It wasn’t all that long ago that Ullmark was pulled for Swayman before he got hurt which forced Ullmark to go back in.

“It was crazy,” Swayman said. “You never (really) see that once a year, then it happens twice. I think he’ll be OK, that’s all I care about, it’s the first thing I asked him but he’s a big Swedish viking so he’ll be all right.”

— The Bruins return to action Tuesday night when they welcome the Tampa Bay Lightning to TD Garden as Boston’s homestand continues. 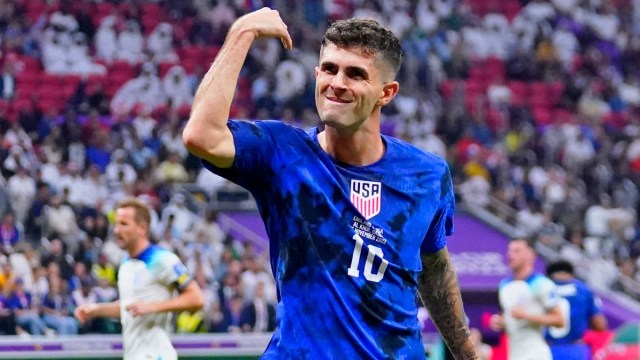 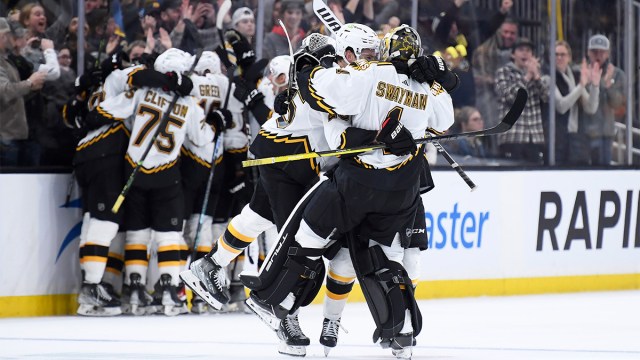