The Boston Bruins improved their winning streak to seven games, defeating the New York Rangers, 5-2, to continue their tremendous start to the season at Madison Square Garden on Thursday.

ONE BIG TAKEAWAY
The Boston Celtics lost a game of runs to the Cleveland Cavaliers on Wednesday, but the Bruins won theirs against the Rangers.

In what more closely resembled a basketball game than a hockey game, the two Original Six franchises swapped dominant stretches before Boston dominated the first period, out shooting New York 11-4 and taking a 1-0 lead off an incredible David Pastrnak goal. The Rangers returned the favor in period number two, dominating puck possession and tying the game up at one goal apiece.

Then the third period rolled around, and Jim Montgomery rolled out his “Perfection Line” to really turns things up to ten. Playing a much faster pace, the Bruins and Rangers combined to score three goals in 3:08, with Charlie Coyle and Trent Frederic netting Boston’s pair in back-to-back shifts for the third line. (Wait, who did you think I was talking about when I said “Perfection Line?”)

The Bruins dominated play from that point, controlling the puck, drawing penalties and playing sound defense in front of Linus Ullmark.

STARS OF THE GAME
— Pastrnak’s first-period goal set the tone for Boston. He is up to eight on the season, having scored 19 points in the Bruins’ first 11 games.

— Taylor Hall played with just about everyone Thursday, assisting on two goals and drawing a game-sealing penalty in a game where he felt like he had his legs back.

— Nick Foligno has bounced back from his poor 2021-22 campaign in a big way this season. “Uncle Nick” added two more assists to his season total, helping the Bruins score their second and third goals.

WAGER WATCH
DraftKings Sportsbook set the odds of Pastrnak opening the scoring at +950 prior to puck drop in New York, with the veteran cashing that ticket early in the first. A $100 bet on Pasta would have resulted in a $1,050 total payout.

UP NEXT ON NESN
The Bruins will wrap up a four-game road trip Saturday, traveling to Toronto to face the Maple Leafs at Scotiabank Arena. Puck drop is scheduled for 7 p.m. ET on NESN, with an hour of pre and postgame coverage. 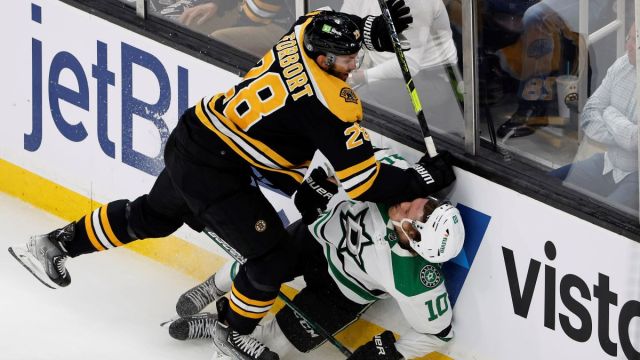 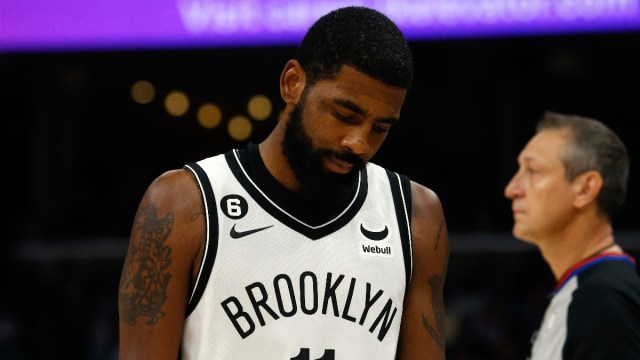