ONE BIG TAKEAWAY
The Bruins offense was all over the Blues on Monday, but it was a struggle to get the puck in the back of the net. Jake DeBrusk got the B’s going early with a first-period goal, but the scoring halted for Boston after that, and it appeared St. Louis would hold the Bruins long enough to force overtime.

However, Patrice Bergeron made sure to not leave anything to chance and scored a power play goal at 12:45 of the third period in what ended up being the game-winning goal to provide the bounce-back win. Trent Frederic added a goal of his own for insurance, as the Bruins continue to out-pace teams in the final period. Boston owns a league-best +13 goal differential in the third period.

STARS OF THE GAME
— Bergeron helped Boston capitalized on the power play and scored the deciding goal of the game. It was the captain’s fifth goal of the season.

— Brad Marchand provided two assists on the Bruins’ first two goals, and he and the B’s looked good in the process while wearing their reverse retro “Pooh Bear” jerseys. The left winger is up to three assists on the season.

— DeBrusk’s opening goal was also on the power play. It was the forward’s fifth goal of the year and helped Boston toward a 2-for-2 mark with a man-advantage.

UP NEXT ON NESN
The Bruins will stay at TD Garden to take on the Calgary Flames on Thursday. Puck drop is scheduled at 7 p.m. ET, and you can catch full coverage of the game, along with an hour of pregame coverage, using NESN 360. 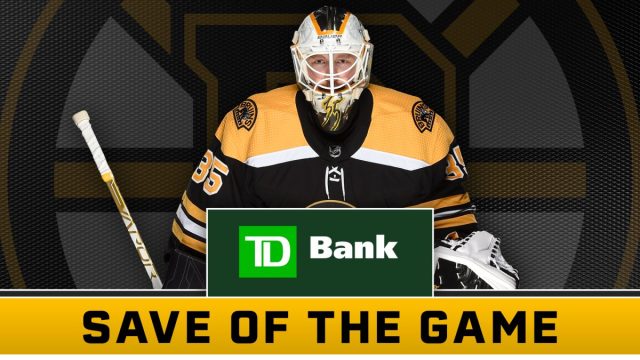 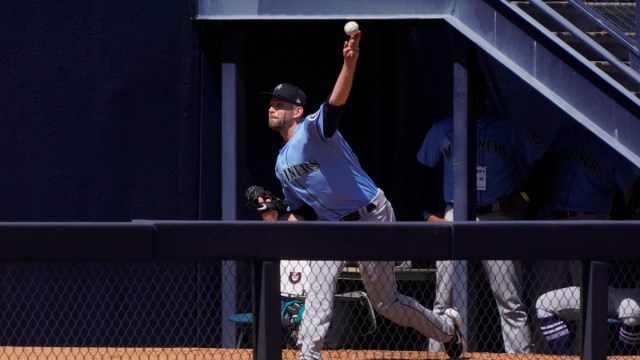