New York Jets head coach Robert Saleh told reporters Wednesday the team will be starting quarterback Mike White in place of Zach Wilson in Week 12 against the Chicago Bears, and to no surprise, the 2021 No. 2 overall pick wasn’t particularly thrilled with the development.

Saleh admitted Wilson was “frustrated” by the team’s decision, per SNY’s Connor Hughes. Wilson will not be active for Sunday’s contest with veteran Joe Flacco serving as White’s backup.

“What you would expect from a player. It’s like ‘Why now? Why me? I want to play,'” Saleh recalled when asked what Wilson’s initial reaction was, per SNY. “But you expect that. But after a great conversation, I think we’re on the same page. Does he want to be on the field? Of course he does. But I know if there’s anyone that’s going to be on the sideline cheering and rooting his teammates on, hoping Mike White freakin’ dominates, it’s going to be him.”

Saleh admitted it was a “small step back” for Wilson, but stressed how this does not mean the end for the quarterback with the franchise. Saleh instead shared how the intent is for Wilson to return at some point this season and treat the situation as a “reset.” The decision ultimately has been made because Saleh believes there have been some “basic, fundamental” things Wilson has got away from.

“This is not putting a nail in his coffin,” Saleh said, per SNY. “This is not that. It’s not even close to that.”

Wilson has struggled on the campaign, as was on display during a Week 11 loss to the New England Patriots. Wilson ranks dead last among 33 qualifying quarterbacks in completion percentage (55.6%) this season. Additionally, Wilson is 11-for-52 (21.2% completion rate) for 158 yards with one touchdown and five interceptions while under pressure this season, a completion percentage that is the second-lowest of any quarterback since at least 2006, per The Jet Press.

Wilson came under fire after the loss to the Patriots after he followed up his abysmal display with head-scratching postgame comments. He did not accept any accountability for New York’s loss, and that reportedly did not sit well with others inside the Jets locker room. Saleh, however, told reporters those comments were not related to his benching. 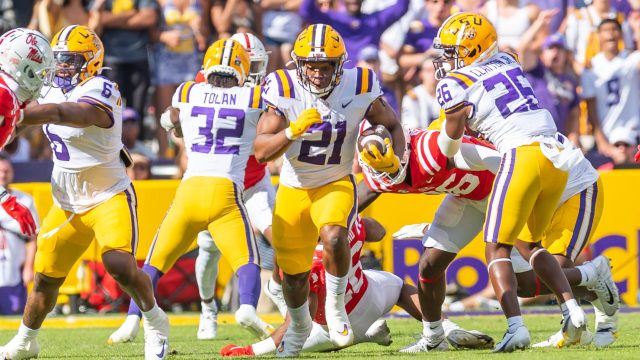 What Are LSU's National Championship Odds Going Into Week 13? 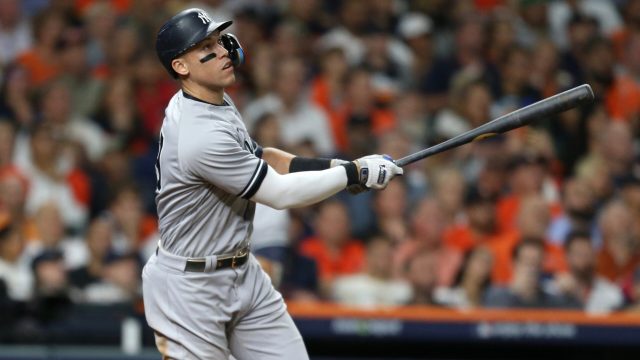