The Boston Celtics drafted Marcus Smart with the No. 6 pick in the 2014 NBA Draft. He immediately became a fan favorite, displaying a level of competitive toughness few had before him. But it wasn’t until this season that it finally became apparent that the organization was fully behind their rough-and-tumble point guard.

Ask any Celtics fan how they feel about Smart and they’ll supply a well-rehearsed response: “Love and Trust.”

It’s become a rallying cry of sorts for Green Teamers. But despite the fact Brad Stevens was the one to drop the historic one-liner in a postgame press conference in 2019, Smart’s Celtics teammates and coaches continuously failed to prove the “Trust” part of that tagline.

Smart didn’t become a full-time starter until 2021-22, his eighth season in the NBA. That happened to be the same season he took home the NBA’s Defensive Player of the Year award and helped guide Boston to the NBA Finals for the first time in over a decade. And even then, Smart still didn’t receive, or earn, the full support of those around him. This past offseason Boston went out and acquired Malcolm Brogdon, another starting point guard, to back up Smart and serve as a reliable ball handler in the final minutes of games — something Smart had not been to the point of Brogdon’s acquisition.

That seemed to flip a switch for Smart.

Through Boston’s first 14 games, Smart has become more than a defensive weapon. He’s an offensive playmaker, a reliable scorer, and (has remained) the undoubted heart and soul of the Celtics.

“We’re a reflection of him and his leadership,” Mazzulla said Monday, per MassLive’s Souichi Terada. “When he’s poised on the offensive end and he’s playmaking and getting the ball where it needs to get to and he’s making great decisions, we’re just a different team on the offensive end. And then defensively, we know what he brings.”

Smart is averaging 11.4 points and a career-high 7.1 assists per game. Perhaps more important to Boston’s success, he’s also averaging a career-low 1.7 turnovers per 36 minutes. Over the course of the Celtics’ seven-game winning streak, Smart has totaled 57 assists to just 11 turnovers. His continued reliability as a playmaker has led to teammates showing that trust they hadn’t previously.

“Blake Griffin actually was telling me, ‘Right now, guys aren’t hitting. (If you’re) in the paint, take your shot,” Smart said Monday, per team-provided video. “Make the late pass if they come late, but take the shot first because that’s what they’re giving you, and it’ll open it up for everybody else.'” 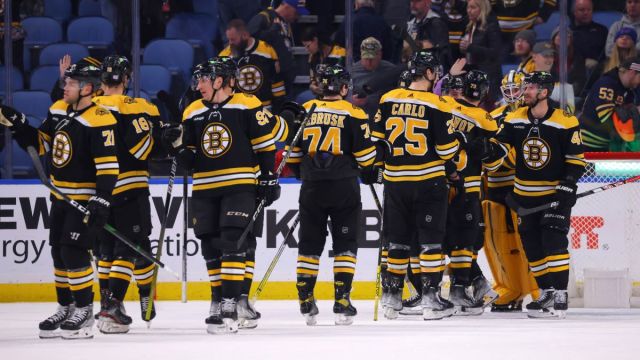 What Has Impressed Jim Montgomery Most About Bruins Scorching Start 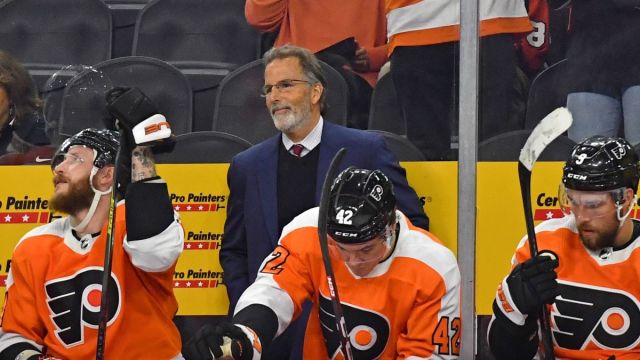