Everybody wants to focus on “The Hit.” And when it comes to the most impactful play in Patriots history, it’s easy to understand.

Everyone knows the story, of course. Bledsoe went to the hospital. Tom Brady, who entered the game in Bledsoe’s place, went on to football immortality.

But to focus on that one play and to reduce Bledsoe’s career to being the guy whose injury paved the way for Brady’s ascension to all-time status reduces the pivotal role Bledsoe played in his nine seasons with the Patriots.

That Bledsoe was the No. 1 overall pick in the 1993 NFL Draft tells you just how bad things had gotten in Foxboro at the time. The Super Bowl XX appearance felt like ancient history. Between 1989 and 1992, the Patriots went a combined 13-50, never finishing better than fourth place in the division. That included rock bottom in 1990, going 1-15 with a point differential of minus-265, third-worst behind the 1976 Bucs and 1981 Colts.

Like Brady’s Patriots run will always be tied to Bill Belichick, Bledsoe’s time in Foxboro coincided with Bill Parcells. One could not have had success without the other, and Parcells clearly made the right call by drafting Bledsoe with that No. 1 pick in 1993 over Rick Mirer.

Despite Parcells’ insistence on tempering expectations, Year 1 of the Bledsoe/Parcells era saw a four-win improvement, but it was Bledsoe’s breakout 1994 campaign that really got the Patriots back on the right track. As a 22-year-old, Bledsoe led the NFL in completions and passing yards. He obviously threw way too many interceptions, but he also led three fourth-quarter comebacks en route to his first playoff appearance and a Pro Bowl selection.

The rest of his New England run was marked by his big arm and the big numbers he produced. Between 1994 and 2000, only three-time MVP Brett Favre threw for more passing yards and touchdowns than Bledsoe. Only Favre, revered for his ironman ways, started more games than Bledsoe. His crowning achievement in Foxboro came in 1996, though. The big-arm QB had arguably his most efficient season with a career-best 2.4% interception percentage. He threw 27 touchdowns to just 15 interceptions while orchestrating three game-winning drives. The Patriots won double-digit games for the second time in two years and finally broke through in the postseason.

With Bledsoe as the face of the franchise, New England went all the way to Super Bowl XXXI. Fittingly, they ran into Favre’s Green Bay Packers. Ultimately, Bledsoe struggled, and the Patriots fell short.

But the fanbase was rejuvenated, the one- and two-win seasons distant memories. The Patriots were relevant again, in large part because Bledsoe gave them stability and legitimacy.

“Nobody wore Patriots (expletive) in Boston back then. We changed that,” Patriots safety Lawyer Milloy told 98.5 The Sports Hub in 2022.

The road got bumpier once Parcells bolted for New York. The Pete Carroll era wasn’t especially kind to Bledsoe and the Patriots, either. That gave way to Belichick, who stumbled out of the gates, going 5-11 in one of Bledsoe’s worst seasons. All told, four quarterbacks took snaps for the 2000 Patriots, including Brady, a sixth-round pick rookie out of Michigan.

Brady came back to camp in 2001 as an improved player. He beat out Damon Huard for the backup job and waited for his chance. He got it — at Bledsoe’s expense.

There’s no point in rehashing the Brady story from there. We all know how it turns out. But what does get forgotten, far too often, is the AFC Championship Game that season.

Brady went down with an ankle injury in the second quarter in Pittsburgh, setting a dramatic stage for Bledsoe. It would be the last time Bledsoe saw the field as a Patriot, and he did just enough. He led New England down the field for a touchdown on his first drive to give New England a 14-3 lead before helping the Patriots hold on.

“To get that chance to take the field and contribute to that game, it felt really good,” Bledsoe told NFL.com in 2017. “There was probably a certain level of vindication in that; ‘Hey, look, I’ve been the guy here for a long time and everybody’s completely forgotten,’ and I was able to come in and play well enough to help us win the game. I enjoyed that. ? It was a pretty meaningful moment.”

Brady didn’t lose his job to injury the way Bledsoe did and returned for the Super Bowl. The Patriots won their first of six titles with No. 12 at the helm.

But before the Patriots and St. Louis Rams did battle (in New Orleans, of all places), Bledsoe and Brady sat down with FOX’s Terry Bradshaw for an interview that ran on the pregame show.

“He’s been through what I’m going through,” Brady said, reflecting on the lessons a selfless Bledsoe taught him that season. “Maybe he learned from some of the dumb things that he’s done, and he’s telling me don’t do these dumb things that I’m doing. ? He’s had so many experiences with playing professional football, being in the spotlight.”

Bledsoe, on the other hand, said he wasn’t surprised by Brady’s success: “When I went down, I fully expected him to come in and play at a high level because I’ve watched him.”

Unfortunately for Bledsoe, that evaluation was spot-on, and he never got his job back. The Patriots traded Bledsoe to Buffalo in April, an unceremonious end to a fascinating Foxboro career. The former No. 1 pick never quite got back near the mountaintop. In fact, a kneel-down in that Pittsburgh championship game was the final playoff snap Bledsoe took in his career.

“The fact that I actually got to go on the field and play in that game has allowed me to wear that Super Bowl ring from time to time with some pride,” Bledsoe revealed in the NFL.com interview.

Brady forever will be looked at as the golden boy. Bledsoe’s career, meanwhile, will always be recalled with some mix of what-ifs and what could have been. But time should remember him fondly in New England. He represented a much-needed new beginning, and the Patriots wouldn’t be what they are today — a premier NFL brand — without his stamp on the franchise.

Bledsoe paved the way, but he also (even if it was begrudgingly) got out of the way. His selflessness and willingness to be a good teammate despite being dealt a pretty crummy hand should also be part of his story.

Regardless, though, he sounds OK with how things played out.

“Life’s crazy, man. Life throws a lot of stuff at you, I’ve lived an amazing life,” he said on ESPN on the 20th anniversary of the fateful hit. “I got to be an NFL quarterback for 14 years, and now I get to run a winery. No one needs to hold any fundraisers for me. ? Going back and trying to rewrite history is not something I’m into.” 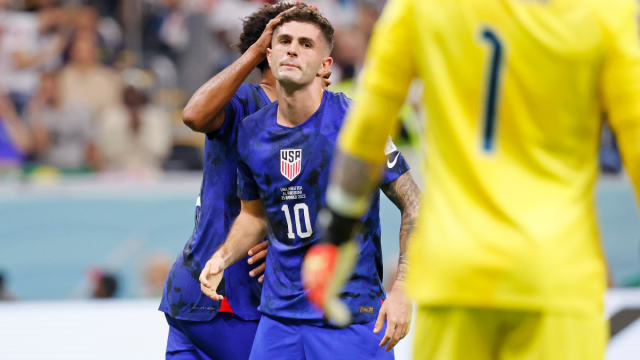 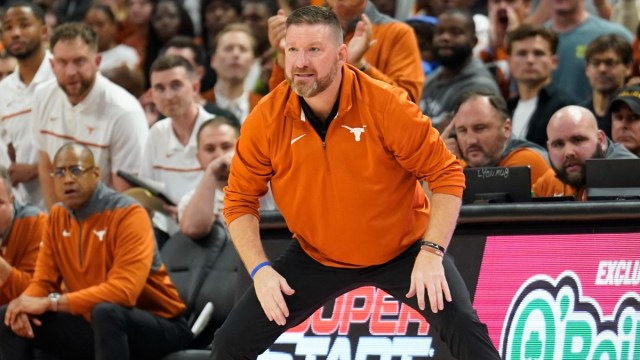