Is the Jets locker room starting to turn on Zach Wilson?

New York’s sophomore quarterback was defiant after completing just nine passes for 77 yards in Sunday’s 10-3 loss to the Patriots at Gillette Stadium. When asked whether he let down New York’s excellent defense, the always-cocky Wilson simply said “no.” The lack of accountability didn’t go over well among Jets fans, and even Richard Sherman called out the 2021 second-overall pick.

It also sounds as if Wilson displayed similar energy inside New York’s locker room after the game.

“Wilson’s stance at the postgame news conference wasn’t just to spurn the media,” SNY’s Connor Hughes reported Sunday night. “Sources inside the Jets’ losing locker room told SNY that Wilson was walking around after the game ‘like he isn’t the problem.’ It rubbed more than a few the wrong way, frustrating several others.”

And that’s not all.

Jets rookie receiver Garrett Wilson didn’t mention Wilson by name, but his harsh postgame remarks indicated displeasure with the performance of his quarterback.

Additionally, Jets defensive end John Franklin-Myers “liked” a tweet that pointed out the disparity between how Buffalo Bills quarterback Josh Allen reacted to a bad Week 9 performance and how Wilson acted after Sunday’s game.

Thus far, Jets head coach Robert Saleh hasn’t offered any indication that he could bench Wilson in favor of either Joe Flacco or Mike White. But if New York players revolt against Wilson and the 23-year-old doesn’t change his ways, it’s hard to imagine Saleh continuing to allow poor quarterback play to undermine one of the more talented Jets teams in years.

New York will look to rebound this Sunday when it hosts the Chicago Bears. As for the Patriots, they’ll visit the Minnesota Vikings on Thanksgiving night. 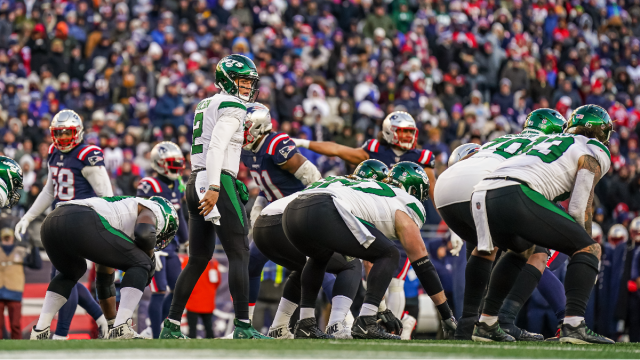 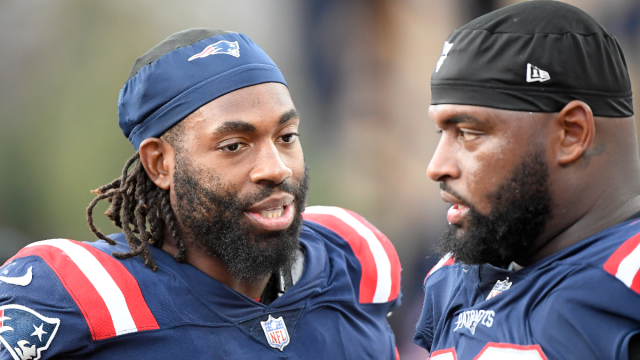