The Boston Celtics entered Wednesday’s road matchup against the Atlanta Hawks averaging the most made 3-pointers per game in the NBA.

And the Celtics stuck to that trend in a 126-101 rout of the Hawks at State Farm Arena, knocking down 21-of-46 (45.7%) attempts from 3-point range — converting nearly six more threes above their average — en route to their eighth straight victory.

Boston has plenty of shot makers, including two elite ones in Jayson Tatum and Jaylen Brown, but the star duo didn’t catch fire from downtown as they are known to do. They combined to go just 4-for-16 from beyond the arc. Instead it was Boston’s bench serving as a spark yet again with Payton Pritchard and Sam Hauser showing how deadly they can be from deep by combining for nine treys.

But to Celtics interim head coach Joe Mazzulla, it isn’t only Boston’s individual shot making that’s leading to the success from 3-point range as he sees another reason why his team can pick apart opposing defenses with its outside shooting.

“The shooting is elite,” Mazzulla told reporters as seen on NBC Sports Boston’s postgame coverage. “I think the thing that’s more important is we’re getting great shots. So, it’s shot-making but it’s shot-making because our passing is effective, because our execution is effective and because we’re getting really good looks. So, we just have to fight to keep it that way.”

Hauser continued to display his pure shooting stroke in the win, notching his third game of sinking at least five triples over the last week and a half.

Like Mazzulla, Hauser, who hit 5-of-6 of his 3-point attempts in the win and finished with 15 points to go along with an astonishing plus-35 rating, credited Boston’s ability to space the floor and set one another up as the integral part to their terrific shooting.

“We’ve been really, really good from behind the arc this year,” said Hauser, who is shooting 48.5% from deep this season, as seen on NBC Sports Boston’s postgame coverage. “But I think it’s we’re getting really good looks because we’re playing for each other, trying to get others open, which allows yourself to get open as well.” 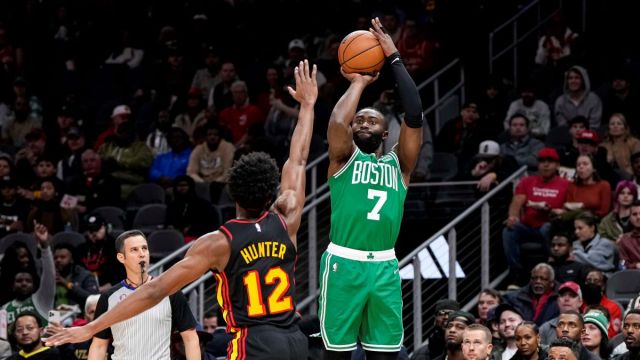 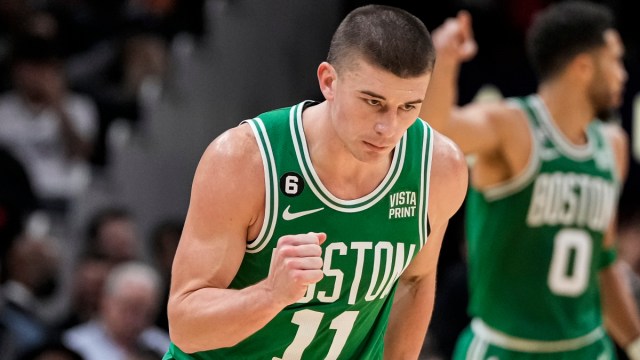 Celtics Bench ‘Taking It Personal’ While Trying To Carve Out Roles