New England Patriots coach Bill Belichick recently reiterated how he believes all plays should be reviewable, though coaches should not have more than the two current challenges.

After the NFL’s Week 10 slate featured a number of questionable and controversial officiating decisions, the future Hall of Fame coach raises a valid point. Of course, there is a fine line between taking two minutes to review every snap and doing so on questionable plays in monumental moments. The league has the technology to do so, and in game-altering moments, the correct call being made should be paramount.

You don’t have to look any further than Week 10, which featured plenty more examples of calls impacting final results.

Among the was officials clearly missing a facemask as Philadelphia Eagles tight end Dallas Goedert was taken to the ground with 9:14 left in the fourth quarter of a one-possession game on “Monday Night Football.” The play resulted in a fumble on Goedert, which was able to be reviewed, but during said review officials were not able to correct the facemask on Washington linebacker Jaman Davis. What’s the sense in reviewing something only for it to be 50% correct after the review? In this specific case, everyone at home saw it yet those on the field weren’t able to change it. The fumble on Goedert, though it came with Washington leading, 26-21, ultimately only cost Philadelphia about 1:30 of game time as the Commanders went three-and-out.

The Eagles were dealt a much more significant penalty later as defensive lineman Brandon Graham was whistled for unnecessary roughness on a result-altering whistle in the final minutes. That call, by all accounts however, was the correct ruling. Whether the ruling is unjust is a different conversation.

Another controversial missed call took place in overtime of the Dallas Cowboys-Green Bay Packers game Sunday. It seemed like Packers cornerback Jaire Alexander got to Cowboys receiver CeeDee Lamb a second too early, interfering with the wideout on a third-and-3 pass from Dak Prescott. The whistle was not blown and the Cowboys failed to convert fourth-and-3 at the Green Bay 35-yard line. The Packers ultimately won the game, 31-28, on the ensuing possession. If those plays were reviewed (remember when they were in 2019?), it’s likely the Cowboys would have been granted a fresh set of downs in a pivotal moment. Perhaps the result of the game would play out differently, as well. Either way, the correct call would have been made in crunch time and that’s most important.

Neither of those were the examples Belichick cited. The Patriots coach instead referenced the play ruled a catch by Buffalo Bills receiver Gabriel Davis, which came in the final two minutes of Sunday’s thriller against the Minnesota Vikings. It was not reviewed by the booth, despite, again, the fact it came in the final two minutes. NFL senior vice president of officiating Walt Anderson told a pool reporter it would have been reversed because Davis did not maintain control of the ball while heading to the ground, per NFL Network. But at the time, the ruling on the field of a 20-yard reception helped Buffalo tie the game in the final seconds of regulation. Should the Bills have pulled out an overtime win over the Vikings, it’s likely the blowback would have carried more weight. But it nevertheless was another example of a play that should have been reviewed to ensure it was correct.

It makes no sense to pick and choose what calls the league wants to ensure are correct and what ones can be impacted by human error.

Here are more takeaways from Week 10 in the NFL:

— A round of applause for the AFC East. If the postseason started after Week 10, all four teams from the division would be in the NFL playoffs. The 7-3 Miami Dolphins currently hold the second seed with the 6-3 New York Jets possessing the first wild card, as we all expected. The 6-3 Buffalo Bills and 5-4 New England Patriots, almost incredibly, round out the sixth and seventh seeds. The NFC East also has three teams currently in the playoff picture after 10 weeks.

— We weren’t of the mindset magic pixie dust was sprinkled on the Tampa Bay Buccaneers after their game-winning drive against the Los Angeles Rams in Week 9. But maybe that actually is all it took for Tom Brady and company. The Buccaneers put together an improved offensive effort against the Seattle Seahawks, doing so in large part because of their ability to be productive on the ground. Tampa Bay, which entered Week 10 with the fewest rushing yards per carry in the league, ran for 161 yards on 3.7 per attempt in Munich, Germany. Brady’s Bucs now are back to .500 and look capable of running away with the NFC South.

The crowd in Germany singing “Take Me Home, Country Roads” was awesome, too.

— Josh McDaniels apparently will not be fired by the Las Vegas Raiders despite an incredibly embarrassing loss to the Indianapolis Colts, with Jeff Saturday in his NFL coaching debut and an inexperience offensive play-caller in Parks Frazier helping record 415 yards of offense. Raiders owner Mark Davis reportedly referenced how “Rome was not built in a day” when asked about McDaniels’ start. Right now, though, McDaniels isn’t worthy of Caesar’s Palace in Las Vegas never mind the real thing.

— The Cowboys didn’t lose Sunday against the Packers because of the fourth-down decision by head coach Mike McCarthy. McCarthy kept Prescott and the offense out on the field for a fourth-and-3 rather than kicking a 52-yard field goal into the wind. McCarthy stuck by the decision after the game and cited how the Cowboys’ were called for a ton of penalties (nine for 83 yards) and allowed big plays on the defensive side. Dallas lost the game because of those two things, not because of the overtime decision. Dallas actually had a wide receiver line up two yards offsides despite the fact he’s allowed to check with the official that doesn’t happen. The Cowboys, as they so often do, beat themselves to bring Jerry Jones back down to earth. 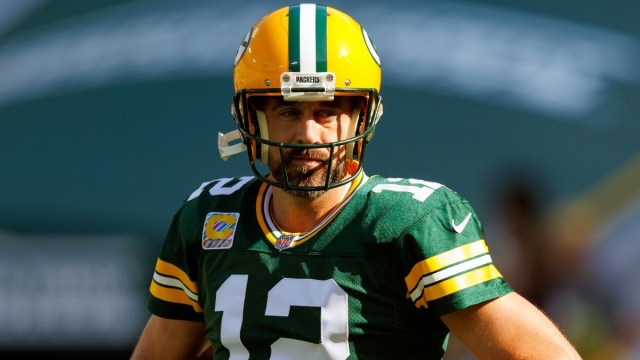 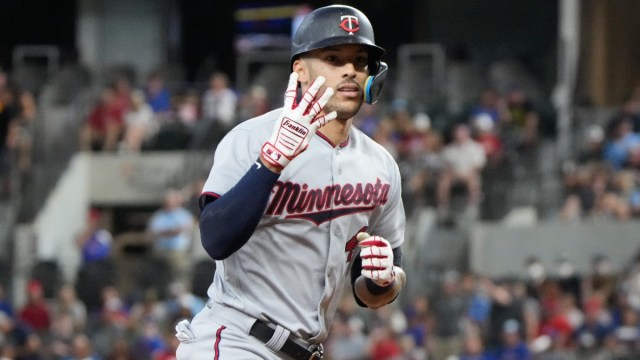 Which Big-Name Shortstop (Besides Xander Bogaerts) Should Red Sox Target?