BOSTON — Given the plethora of options, Nick Foligno seemed like an odd choice to take up a spot on the second unit of Boston Bruins’ power play this season.

The fourth-liner had a down campaign last season, notching only two goals and 11 assists. But in Jim Montgomery’s new system, and especially on the man-advantage, Foligno has been revitalized.

Foligno’s impact on the power play was seen yet again in Boston’s 3-1 win over the Tampa Bay Lightning at TD Garden on Tuesday. Foligno factored into the decisive goal from Taylor Hall, which came on the man-advantage and broke a 1-1 deadlock less than three minutes into the third period.

The savvy veteran showed tremendous poise with the puck on his stick in front of the net before doing a semi-circle around Lightning goalie Andrei Vasilevskiy and then dishing a perfect pass to Hall in front to give the Bruins the lead.

“He’s been doing an incredible job,” Montgomery said. “The play by (Hampus) Lindholm to hit Foligno is big-time, and then the play Foligno makes is big-time. You make two great plays in a row, you usually end up with that kind of power play where you got half the net to look at.”

On the receiving end of things, Hall certainly noticed the Bruins had a golden opportunity when Foligno got possession of the puck.

“It was great play,” Hall said. “It’s the second time he’s done that this year. He fed (Tomas) Nosek as well. It’s just about following up to the net. Knowing (Foligno) has really good hands around the net and he’s not going to panic.”

Jake DeBrusk felt the same way as Montgomery and Hall, even though the Bruins winger admitted he wasn’t exactly sure what Foligno had in mind when he started to make his way to the back of the net.

“It was a sick play,” DeBrusk said. “(Foligno’s) done that a couple of times this year where you don’t necessarily know where he’s going and he chucks it out front and it’s wide open. That’s a veteran play.” 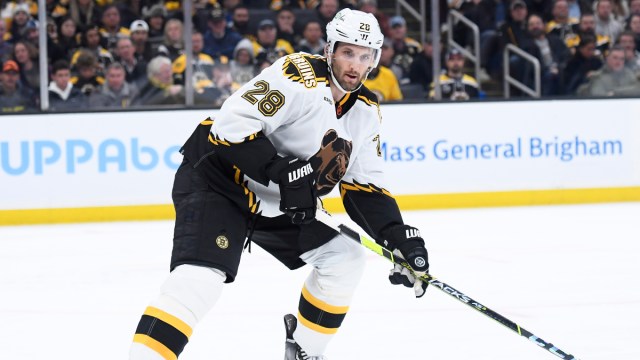 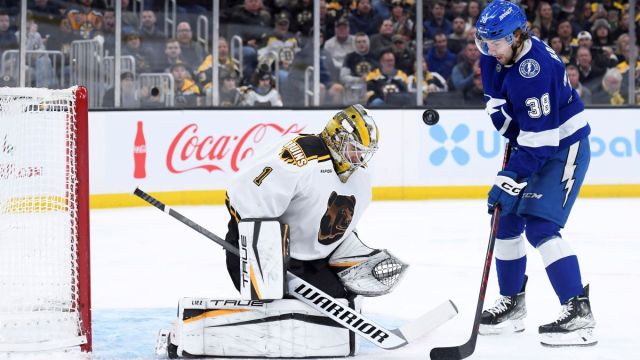