The Patriots’ loss to the Vikings on Thursday was a masterclass on how to lose a game you should win. Bill Belichick might turn it into a PowerPoint and use it as motivation for the rest of his coaching days.

New England suffered a 33-26 loss in Minnesota despite the Mac Jones-led offense delivering its best performance of the season. Jones set a career high in passing yards with 382 as the Patriots largely moved the ball at will against a bad Vikings defense. Even New England’s defense performed relatively well against one of the NFL’s more explosive offenses.

But six costly penalties, poor situational football, terrible red-zone offense, unnecessary sacks and an inability to stop the other team’s best player — in this case the otherworldly Justin Jefferson — ultimately did in the Patriots. In fact, New England’s self-inflicted errors at U.S. Bank Stadium led to a defeat the likes of which never have been seen in the NFL.

Unfortunately, the missed opportunity in Minnesota was characteristic of the post-Tom Brady Patriots. Too often New England has come up short in winnable games thanks to losses on the margins — where it used to go undefeated.

At a certain point, we must stop calling such mistakes “uncharacteristic.”

The Patriots will look to rebound next Thursday night when they host the Buffalo Bills. New England will be wearing its red throwback uniforms at Gillette Stadium. 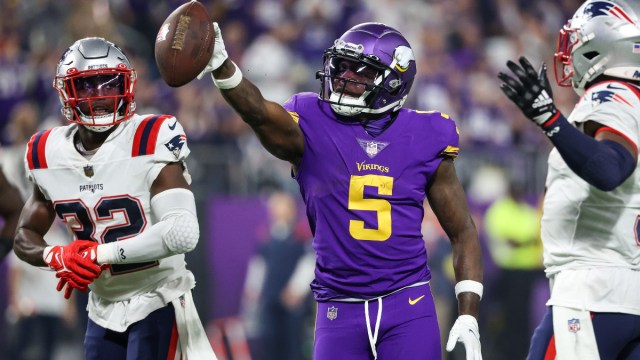 Where Patriots Sit In AFC Playoff Race After Loss To Vikings 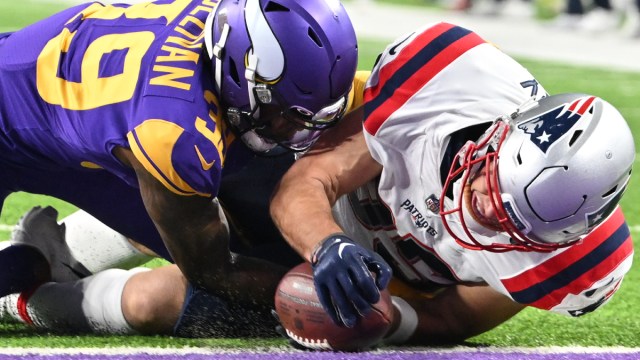