Patriots In Germany? Momentum 'Growing' For Game In 2023 Skip to content

Tom Brady on Sunday played in the NFL’s first regular-season game held in Germany. His former team could follow suit next season.

NBC Sports’ Peter King on Monday reported there are “growing indications” that the New England Patriots will be the designated home team for a game in either Munich or Frankfurt in 2023.

The NFL agreed last spring to stage four games between 2022 and ’25 in Germany — two in Munich, two in Frankfurt. “I wouldn?t be surprised to expand beyond that,” Roger Goodell said Saturday at a fan event. There are growing indications that two prime fan favorites in Germany — Kansas City and New England — both could serve as home teams for games in 2023. The league is working with the Bundesliga, the German soccer league, on dates because the games come in the middle of the Bundesliga season. But I heard at least one of the games and perhaps both would be held in Frankfurt.

The Patriots would be a natural choice for one of those contests. They’re linked to Germany through the NFL’s International Home Marketing Area initiative — as are the Chiefs, Carolina Panthers and Brady’s Tampa Bay Buccaneers — and have arguably the league’s largest German fanbase, according to team owner Robert Kraft.

New England has not played an international game since 2017, when it defeated the Oakland Raiders in Mexico City, and has not played in Europe in a decade with the Patriots’ only trips to London coming in 2009 and 2012.

The NFL’s inaugural Germany game was viewed as a resounding success, with the league reportedly receiving three million ticket requests. Just under 70,000 of those fans packed Allianz Arena — home of German soccer powerhouse Bayern Munich — to watch the Bucs down the Seattle Seahawks 21-16.

“That was one of the great football experiences I’ve ever had,” Brady told reporters after the game. “It says a lot for 23 years in the league and for a regular-season game. I think the fan turnout was incredible. It felt, like, very electric from the time we took the field.”

The league announced Tampa Bay’s participation in this game in late February, so it likely will be another few months before Patriots fans learn whether they can begin preparing for a trip across the pond next season. The Patriots currently sit at 5-4 following their bye week and will host the 6-3 New York Jets in a Week 11 game this Sunday at Gillette Stadium. 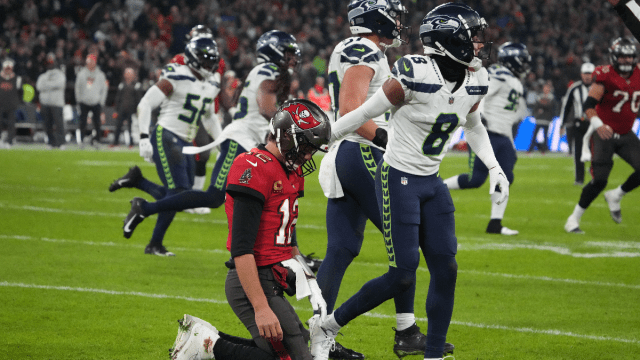 Tom Brady Plays ‘What If’ Game After Bucs’ Trick-Play Disaster 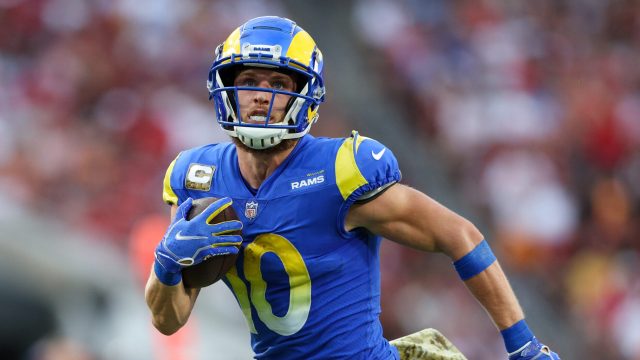