The Patriots nearly toppled one of the NFC’s top teams Thursday night, losing to the Minnesota Vikings 33-26 in a Thanksgiving thriller at U.S. Bank Stadium.

In many ways, it was an encouraging performance for New England, proving its much-maligned offense is capable of keeping pace with a talented and explosive opponent on a national stage.

But if the Patriots hope to survive their brutal closing stretch and book a spot in the NFL postseason, words like “nearly,” “almost” and “close” won’t cut it for much longer.

Four of New England’s final six games are against teams currently ahead of them in the AFC playoff race, including a massively important matchup with the AFC East rival Buffalo Bills next Thursday night at Gillette Stadium.

“From now until the rest of the season, every game’s huge,” safety Devin McCourty told reporters after Thursday’s loss. “We say it all the time — football in November and December, and that’s what it is. Everybody’s playing for something right now. We’ve got a lot of teams left on our schedule that have a chance, and when you’re playing teams that have a chance, you’re going to get their best shot. You’ve got to be ready to, and we’ve got to find a way not to just play tough in these games and have a chance, but we’ve got to find a way to win these games.”

The Patriots were on the wrong end of multiple controversial officiating decisions Thursday, including a third-quarter Hunter Henry touchdown that was overturned upon review and a missed holding penalty on a 97-yard kick-return score by Minnesota’s Kene Nwangwu. But they did themselves no favors with ill-timed penalties and poor situational football.

Five of the Patriots’ six flags resulted in Vikings first downs, including a disastrous running-into-the-kicker penalty on rookie running back Pierre Strong that extended what proved to be the game-winning drive for Minnesota. New England also went 0-for-3 in the red zone, 3-for-10 on third down and was shut out in the fourth quarter, and its defense could not stop superstar wide receiver Justin Jefferson, who finished with nine catches on 11 targets for 139 yards and a touchdown.

“It wasn’t our night (Thursday night), but I don’t think we’re far off, and I don’t think that (Vikings) team handled us,” edge rusher Matthew Judon, who was held without a sack in the loss, told reporters. “I think it was just a couple calls, a couple plays, a couple this, a couple that, and it could have been a different game. But we didn’t make those. We’ve got to go on film and watch them and correct ourselves.”

Those corrections must be made quickly. Lose next week against the 8-3 Bills, and the 6-5 Patriots would be three games back of first place in the hotly contested AFC East with just five weeks remaining. New England beat Buffalo once in a windstorm last season but was run over in the teams’ final two 2021 meetings, allowing a total of 80 points and not forcing a single Bills punt.

Buffalo has looked vulnerable of late, losing two of its last four games and needing a last-second field goal to beat the Detroit Lions on Thursday. But memories of last year’s beatdowns will be fresh in the minds of Patriots players.

“It’s huge,” quarterback Mac Jones told reporters. “Buffalo is a top, top team in the league, and obviously they’re playing really well. … Just a great team, and we have to be able to play better to win, so we know the challenge ahead.”

The Patriots then will face what should be a pair of more manageable road matchups against the 4-7 Arizona Cardinals and 3-7 Las Vegas Raiders before closing with the Cincinnati Bengals (home), Miami Dolphins (home) and Bills again (road). Cincinnati, Miami and Buffalo all held AFC playoff spots after the Thanksgiving slate, while New England sat a half-game back of the conference’s third and final wild-card berth.

All five of those teams — even the struggling Cards and Raiders — also boast elite wideouts capable of skewering the Patriots’ secondary the way Jefferson did.

“Making one more extra play — that’s what we needed (Thursday),” McCourty told reporters. “Make them kick a field goal on that last drive once they get in the red zone rather than a touchdown to make things easier for our offense. Those are the small things we’ve got to figure out how to do.” 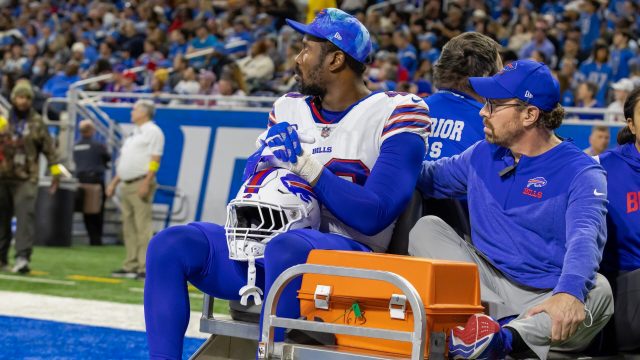 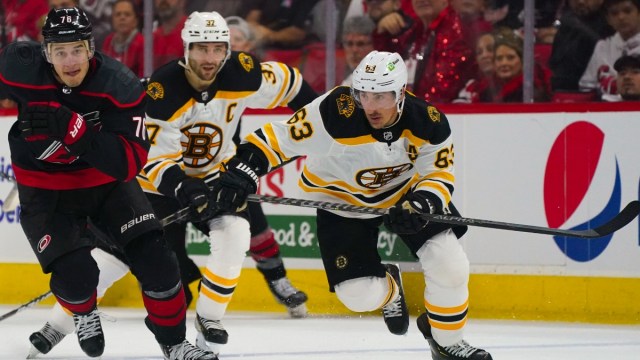