It’s been a long season for the Las Vegas Raiders, so it’s understandable seeing them celebrate a meaningless win in the standings with as much vigor as they did Sunday.

Las Vegas captured its third win of the season, defeating the Denver Broncos, 22-16, in overtime at Empower Field at Mile High. Davante Adams caught a wide open touchdown pass from Derek Carr to put the game away, giving way for a Josh McDaniels postgame speech.

“It started on Monday of last week,” McDaniels said, per team-provided video. “You had great resolve. You had great effort in practice. You prepared hard, and you strained. And it took 64 minutes… This group — you should believe in yourself. I’m telling you, you’ve got to believe in one another, you’ve got to keep getting better, we gotta keep working at it.

“It’s been a long season! It’s November, it’s Thanksgiving week, we got a victory Monday!” McDaniels concluded, cheering with his team.

You can find the video of the Raiders’ postgame celebration here.

Prior to the start of McDaniels’ speech, the video shows Raiders players mobbing Carr with love after he was (rightfully) critical of them the week leading up to the game.

Things have been stressful for the Raiders, as McDaniels and Carr have each been under fire throughout what has been a disappointing season. There have been calls for McDaniels’ dismissal, but that seemingly isn’t possible due to Raiders owner Mark Davis’ financial limits, and the contract he gave the ex-Patriots play caller. Naturally, the win came against the equally disappointing Broncos, who have had their own QB/Coach problems this season, and were also the first team in which McDaniels was the head coach, leading them 12-17 record across the 2009-2010 seasons.

Las Vegas will hope to keep the momentum rolling in Week 12 against the Seattle Seahawks. 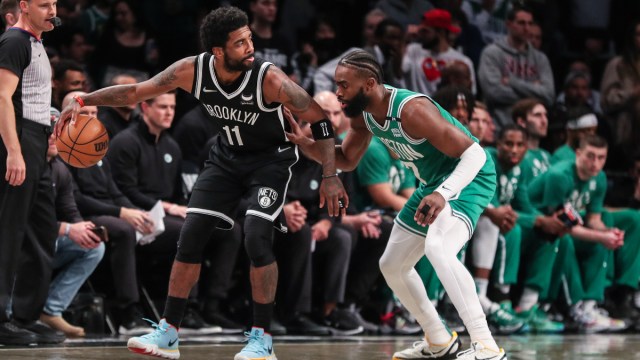 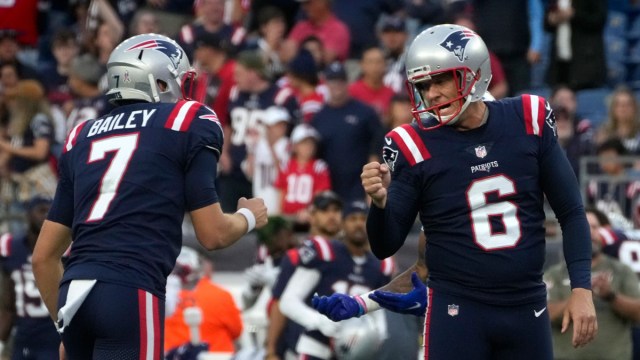 Which FIFA World Cup Squad Do Patriots Compare Closest To?