Jets head coach Robert Saleh was left with an incredibly difficult decision this week: Saleh either had to bench New York’s second-year quarterback or risk losing the rest of his playoff-caliber group.

After a carefully-worded explanation, Saleh chose to bench Zach Wilson and instead start Mike White against the Chicago Bears in Week 12. And it proved to be the right call for the Jets, who put together a much-improved effort on the offensive side and claimed a 31-10 victory over the Justin Fields-less Bears on Sunday.

It was just about the best possible spot for White, to be fair. After all, the Bears traded away their best defensive players at the trade deadline, consistently find ways to lose close games and, perhaps most notably, didn’t know who their starting quarterback would be just minutes before the game. Fields being inactive is nothing to scoff at given how he’s looked of recent. So while it wasn’t a victory that immediately makes the Jets worthy of Super Bowl storylines, it nevertheless served a huge step in the right direction for the 2022 edition of Gang Green. New York’s improved offense complemented an already stout defense rather than let it down.

White was a major reason behind that, and confirmed he should be the starter. The 2018 fifth-round pick propelled the Jets to a season-high 466 yards at a rain-soaked MetLife Stadium. He went 22-for-28 for 315 yards all while the Jets scored three touchdowns of 20-plus yards (54, 32 and 22). White threw for three touchdowns, something Wilson has yet to do.

“He made the easy look easy,” Saleh told reporters following the game, per NFL.com.

White helped disgruntled wideout Elijah Moore, specifically, break out with his first touchdown of the season and a season-high in yards (64). Jets teammates were thrilled for Moore, reportedly shouting “Free that man!” perhaps referencing Moore’s inability to succeed with Wilson previously. Additionally, 2022 first-rounder Garrett Wilson caught five passes for 95 yards and two scores. White made use of New York’s talent — and the Jets have talent.

The energy, as depicted with support of Moore, was much different among Jets players, too. Just one week prior, the Jets suffered a Week 11 loss to the New England Patriots in which players reportedly were irked by postgame comments from Wilson. One week later the mood in the locker room, according to those on scene, was drastically different. It was on display during the FOX Sports postgame coverage, as well.

Saleh might find himself between a rock and a hard place down the road given the investment the team made into Wilson with the No. 2 overall pick. But the decision he made with the 2022 Jets in mind — New York now 7-4 and currently in the AFC playoff picture — certainly looked like the right decision. 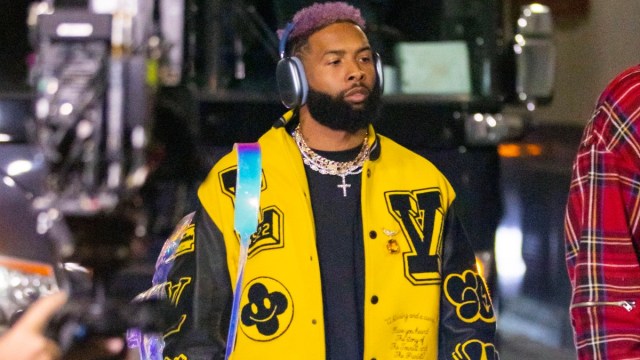 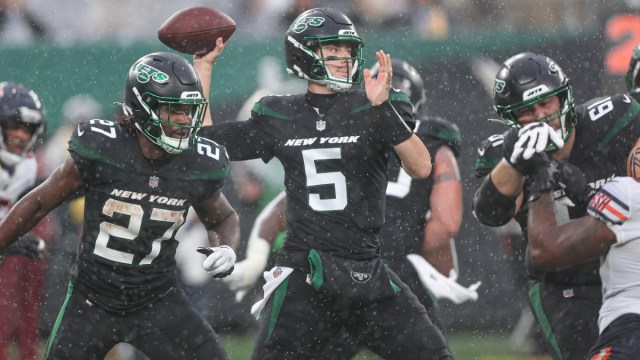