There’s some history between Bill Belichick and Adam Thielen, and it doesn’t appear as though the New England Patriots coach has forgotten about it.

In case you’ve forgotten, Belichick and Thielen got into a bit of a war of words the last time their two teams faced off back in 2018. Late in that matchup, Thielen took issue with what he perceived to be dirty pool by the Patriots, who saw a player go down with an injury just as Belichick was set to throw a challenge flag on a Minnesota first down. The timing of the situation led Thielen to believe New England was looking to buy some time for additional replay reviews before Belichick went through with throwing the flag.

The veteran wideout barked at Belichick. The veteran coach barked back, right on camera for the world to see, and a beef was born.

The entire story was recounted heading into this week, and while there were plenty of controversial moments during the Patriots’ 33-26 road loss to the Vikings on Thursday night nothing popped up between the two.

That is, until NBC cameras caught an awkward exchange between the two as Belichick was on his way out to greet Vikings coach Kevin O’Connell.

Belichick appears to give Thielen the cold shoulder, as the veteran wideout leaned in for some sort of embrace. Instead, he was brushed by as a determined-looking Belichick stormed toward O’Connell — with whom he shared a long embrace.

Thielen and the Vikings ended up getting the last laugh, however, as the 32-year-old finished with nine catches for 61 yards and a touchdown in Minnesota’s victory. The Patriots will look to rebound against the Buffalo Bills in Week 13. 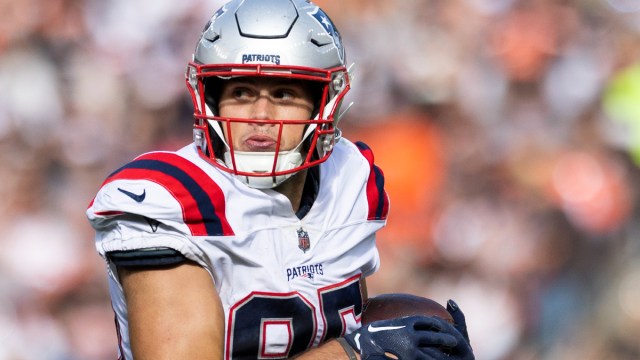 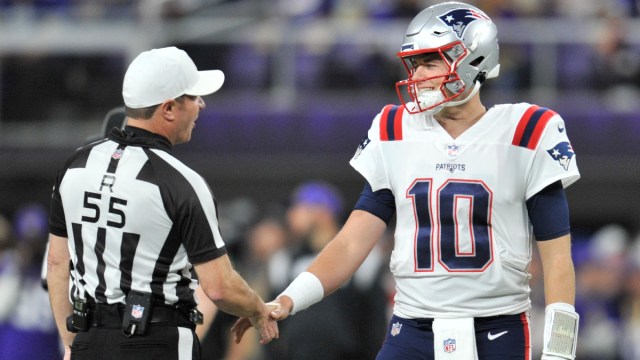