After playing on Thanksgiving, the Patriots were NFL observers on Sunday. They can’t have liked what they saw.

Week 12’s results dealt a blow to New England’s postseason chances, with nearly every team in the Patriots’ vicinity in the AFC playoff race notching victories.

— The Miami Dolphins blew out the Houston Texans 30-15 to improve to 8-3 on the season, giving them a two-game lead over the 6-5 Patriots in the AFC East. Miami also holds the head-to-head tiebreaker, though the teams will play once more at Gillette Stadium in Week 17.

— The Cincinnati Bengals beat the Titans 20-16 in Tennessee to move to 7-4. After an inauspicious start, the defending AFC champs have won five of their last six and should soon get star receiver Ja’Marr Chase back from injury. They’ll visit the Patriots in Week 16.

— The Mike White-led New York Jets tore through an awful Bears defense to win 31-10 and go to 7-4. White played far better than benched starter Zach Wilson had in previous weeks, and New York also benefited from an injury that kept surging Chicago quarterback Justin Fields out of the lineup. The Jets are 0-2 against the Patriots this season — giving New England the tiebreaker if they finish with identical records — and 7-2 against everyone else.

— The Los Angeles Chargers went for two in the final seconds to defeat the Arizona Cardinals 25-24. They’re now 6-5 on the season and trail the Patriots by just a tiebreaker.

The 8-3 Buffalo Bills also escaped with a 28-25 win over the Detroit Lions on Thanksgiving, a few hours before the Patriots lost 33-26 to the Minnesota Vikings in the holiday nightcap. Any of those five teams losing would have boosted New England’s postseason odds. Instead, the Patriots’ treacherous home stretch (vs. Buffalo, at Arizona, at Las Vegas, vs. Cincinnati, vs. Miami, at Buffalo) now looks even more daunting.

Here’s an updated look at the AFC playoff standings as of Sunday night:

The Patriots will host the Bills this Thursday night in the first of two late-season matchups between the AFC East rivals. 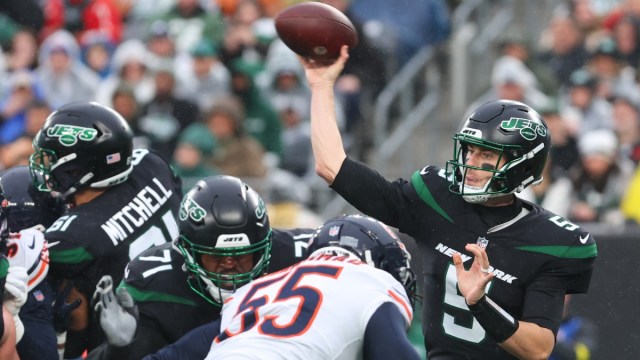 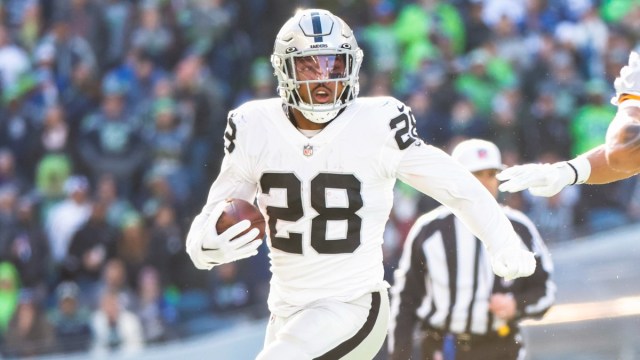