A certain landing spot came to the minds of many in the NFL community when Baker Mayfield was cut loose in Carolina.

Mayfield’s release from the Panthers came less than 24 hours after the 49ers lost their starting quarterback for the second time this season. Jimmy Garoppolo suffered a season-ending foot injury in San Francisco’s Week 13 home win over the Miami Dolphins, which forced the NFC West leaders to elevate rookie Brock Purdy to QB1.

The hypothetical Mayfield-Niners fit made sense for a couple reasons. In addition to a general need for signal-caller depth, Mayfield potentially could thrive in Kyle Shanahan’s offense as a game manager first and foremost. But not long after the Mayfield news broke, Shahanan basically shut down the idea of San Francisco bringing in the No. 1 overall pick from 2018.

“We look into everything,” Shanahan told reporters, per 49ers Webzone. “But that would surprise me right now, and we’ve got to discuss it this afternoon and stuff. I’ve always been a fan of his, but I feel real good about our players.”

While it sounds like Mayfield isn’t bound for the Bay Area, San Francisco will have a new quarterback on its roster for its Week 14 game against the Tampa Bay Buccaneers at Levi’s Stadium. The Niners brought in journeyman Josh Johnson shortly after Garoppolo went down, which signaled the former’s fourth stint with the organization. 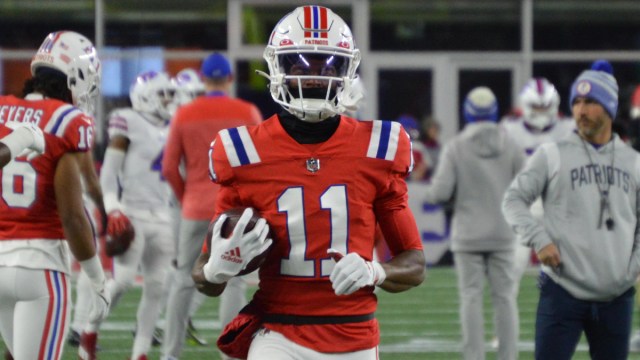 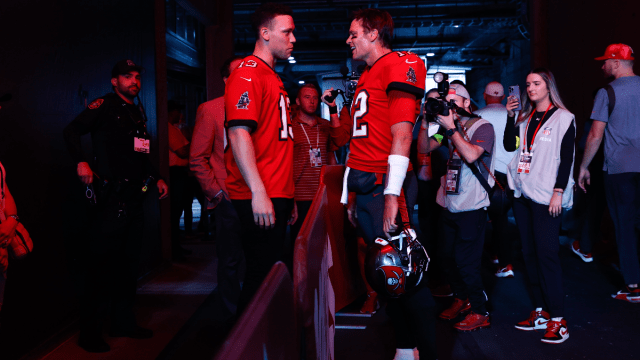