FOXBORO, Mass. — Want Bill Belichick to chat your ear off? Just ask him about the logistics of how the New England Patriots prepare for opponents two or three weeks down the road.

Belichick on Tuesday talked for a while about that very topic while answering a question from Andrew Callahan of the Boston Herald. Callahan asked whether the Patriots already had begun preparation for their Week 15 road game against the Las Vegas Raiders with Monday’s road matchup with the Arizona Cardinals still yet to be played, similar to how they prepared for their Week 12 road tilt with the Minnesota Vikings before hosting the New York Jets in Week 11.

The coach then spent the next five minutes and 20 seconds delivering 881 words — per a team-provided transcript — while multiple times shrugging off reporters who, thinking he was done, wanted to ask another question.

Here’s a video of Belichick’s soliloquy:

And here’s a full transcript:

Question: I know after the bye you mentioned that with the short week following that second Jets game at Minnesota, some of the football operations had spent time preparing for Minnesota. It seems like a similar situation here with the Vegas game coming on six days rest. Is there some part of the team that’s preparing ahead for the Raiders since you guys will stay out west?

Belichick: “Right. So that’s what we do every week. Like there’s somebody always ahead for the following team. So, even if we play Sunday to Sunday, there are people that are working on the next team on Wednesday, Thursday, Friday, Saturday. So, when we finish with a game on Sunday, then everybody else can pick up with them where things are at with film broken down, information assembled in various, multiple ways. So that process is always in place. Obviously, it gets heightened a little bit when you’re coming off a four-day week like the Minnesota game, right? That’s even a little bit different. But we always have that. So, it’s not anything that’s new. That’s what we’ve always done. Most of the staff members are, of course, the team is all dedicated to the game, but most of the staff members are dedicated to the current game. But there is a segment of our staff that’s really preparing for the future game. Then that carries into, let’s call it, Monday and Tuesday of a normal week, maybe even Wednesday. Then by that point, it’s kind of time for them to turn the page and move on to the next opponent. So that’s kind of their routine for the whole year. I’ve done that. I’ve done that multiple times in my career, early with Baltimore, Denver, being at places like that, that’s what you do. Your week is kind of, I would say, Wednesday to Tuesday or maybe Wednesday to Wednesday. Then once you get to that Wednesday of the game week, then you’re on to the next week. Then you do things at the beginning of the following week to help the staff. As they’re getting familiar with the team, there’ll be people who say, ‘Hey, take a look at this,’ or ‘Can you put this together? Can you make a tape of this? Can you look into this a little bit deeper?’ Then you dive into those individual projects to help the staff prepare for the players coming in on Wednesday or Thursday. Usually by that time, then you get to the game and then you kind of have to recoup and refresh your game-day responsibilities.”

Question: Is that strictly advanced scouting department or coaches too?

Belichick: “No, it’s coaches too. Yeah absolutely. The scouting department has their end of it. They work with the coaching staff on that. But there’s certain members of the coaching staff in each phase of the game — offense, defense, special teams — that’s kind of in that advanced-preparation mode. Honestly, some of it is just getting all on the same page when you play a team, say a team like Arizona, would be a good example. Defensively they run a lot of different things, right? They run multiple fronts and multiple coverages. They blitz, I don’t know, call it 50 percent of the time, somewhere in there. They play a lot of different people. They have a lot of different personnel groups. So, it’s kind of like, what are we calling this? What is this? So, as we’re looking at it individually, you’re calling it one thing, I’m calling it something else, somebody else is calling it something else. Wait a minute, how are we all going to talk about this, so we actually know what we’re talking about? Like, that would be a big thing for this week. Same thing with, again, Arizona is a good example, some of the plays they run are not quite the same maybe. Okay, what are we going to call this play? Is this play really that play? Or is this play really a different play with this little variation to it? How do we want to present that to the players? Is it a pass? Is it run-pass option? What category does it fall into? How do we want to call it? How do we want to categorize it? So that part of the week of preparation is very important. So, when you actually start working on a team, you’re not confused and everything’s blurred. Alright, what’s this? What’s this? This kind of looks like this. This kind of looks like that. Where is this guy? Is he a linebacker? Is he a DB? Is he a defensive end? In this package, he’s this. In that package, he’s that. That type of thing. That really helps clear it up for you when you’re coming into a new — looking at a new team. Or not a new team, but the next team. Because you put all your attention into the previous game and now this is kind of a quick synopsis of, ‘Alright this is what you’re looking at here. This is what you’re doing.’ So that’s really important as part of the process. Same thing with coverages. They are playing well against this guy, when they were playing against Davante Adams, here’s what they did. It was probably because of Adams. Then next they’re playing Cooper Kupp. Okay, here’s what they did against Kupp. This is the way they handled him. That type of thing where you kind of, alright, ‘I understand now.’ This is basically what it is. But here’s the type of thing that they did for, let’s call it, these special players that they played against. That helps explain their overall defensive philosophy.”

Riveting stuff, truly. If only Belichick would spend that much time being truthful about the struggles of the Patriots offense.

New England will visit the Cardinals on Monday with kickoff from State Farm Stadium scheduled for 8:15 p.m. ET. 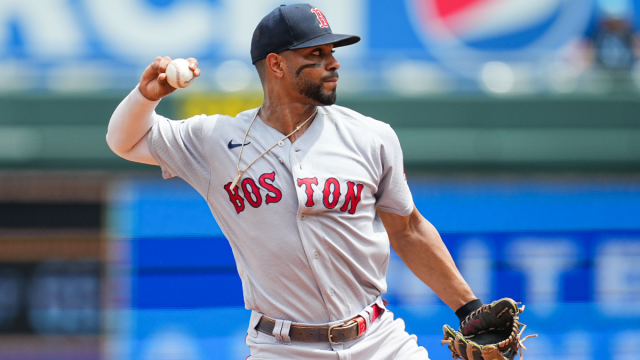 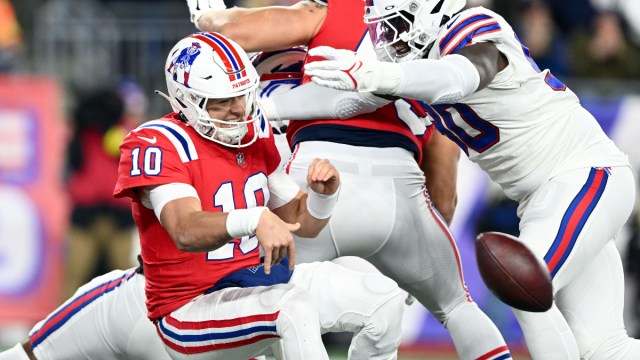