Could Tom Brady return to the New England Patriots next season? One former NFL executive seems to think so.

Over the course of this season, the possibility of Brady leaving the Tampa Bay Buccaneers for greener pastures has looked more and more likely. Despite seeing Brady continue to pull rabbits out of his hat, and his squad being in possession of a playoff spot, the future in Tampa is bleak — and TB12 doesn’t have time to go through a rebuild.

The quick fix for this conundrum is signing a new contract elsewhere this offseason. That’s what ESPN’s crew on “Get Up!” seemed to think, which is why they talked through potential landing spots for Brady on Tuesday.

“I’ll give you two (possibilities): the New England Patriots and the San Francisco 49ers,” ESPN contributor and former NFL general manager Mike Tannenbaum said. “(The Patriots) just invested another first rounder in their offensive line. That offensive line is not bad. And they have better skill players than people realize. That may be a marriage of convenience.”

The only question remaining after hearing what Tannenbaum said about the Patriots is this: Has he been watching them this season?

Perhaps the biggest flaw New England has, outside of Matt Patricia running the show on offense, is their lack of consistency on the offensive line. Cole Strange, David Andrews and Michael Onwenu are a formidable interior grouping, but the Patriots have a severe question marks at both tackle spots — Isaiah Wynn and Trent Brown have both looked horrendous in contract years.

That’s why Mike Greenberg, Dominique Foxworthy and Dan Graziano fought back so hard against Tannenbaum.

“New England?” Graziano asked when Tannenbaum mentioned the Patriots having better skill position players than people realize. Foxworthy followed up with a tremendous point, saying, “The team that had a cornerback playing receiver last week?”

Greenberg’s response was perhaps more from a fan perspective, saying, “Is Tom Brady about to go get coached up by Matt Patricia and Joe Judge? Seriously, because I will jump in that river.”

Flawed logic aside, Tannenbaum may not be too far off in his prediction that Brady could return to New England.

The theory of Brady coming back to the Patriots has been floated recently, with sportsbooks taking notice. Though speculation has quieted fairly quickly, the possibility always remains on the table. 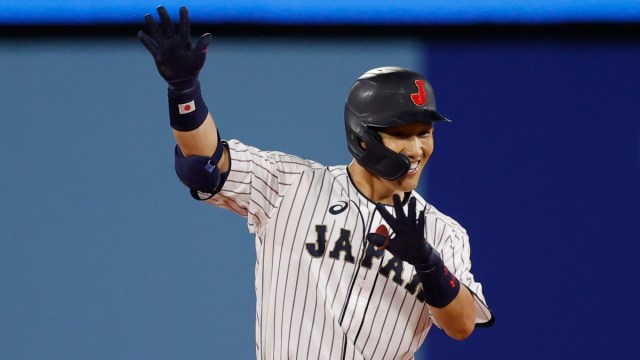 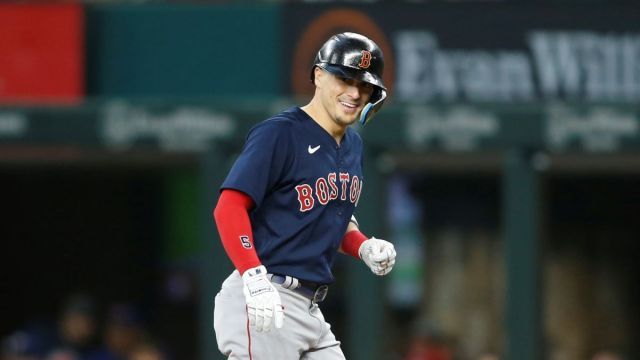