Boston Celtics guard Marcus Smart could only watch as Jaylen Brown launched a desperation 30-foot 3-pointer in the final seconds of regulation Friday night against the Miami Heat.

The moment felt like almost an eternity for Smart as Brown’s long-range attempt banked in to level the score with 2.3 seconds to go in the fourth quarter.

It was an improbable shot that briefly stunned the Heat and led to a priceless reaction from Smart.

“Oh (expletive),” Smart told reporters with a laugh following the 120-116 overtime loss, per NBC Sports Boston. “Not going to to lie, I was like, ‘Oh my God.’ It was the slowest moment in my life. And then it banks off the glass. And I’m still like, ‘Did a whistle blow? Like is that good?’ But it was a great shot.”

The incredible shot was just part of a tremendous effort from Brown, who had the hot hand all game for the Celtics as he finished with a game-high 37 points on 12-for-23 shooting to go along with 14 rebounds and five assists in 46 minutes played.

While Smart, who passed the ball into Brown to get things started, needed a second for the play to sink in, he wasn’t surprised by Brown coming through in the clutch.

“Jaylen’s been making big shots for us all year, his whole career here,” said Smart, who turned in 18 points and nine assists in the loss. “That’s why we lean on him for, him and Jayson (Tatum), to make those big shots. For us, it’s just try to make it as easy as we can for them early in the game to get easier shots, so if it gets down to a time where we need them to hit those big shots, they can come up for us.” 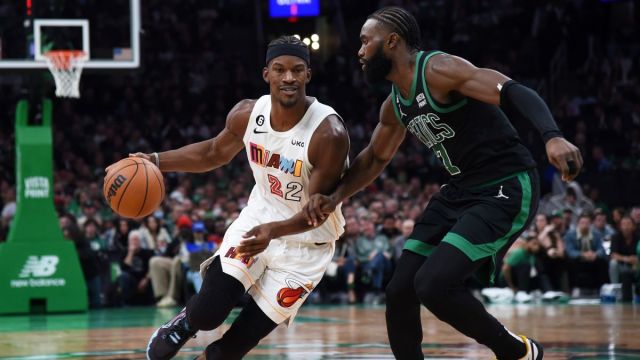 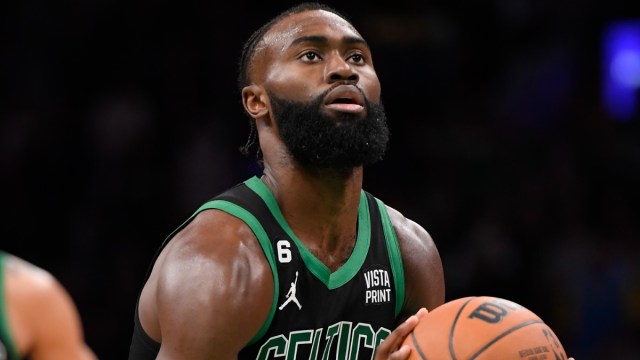